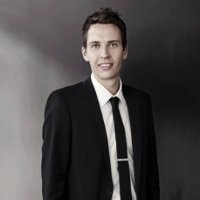 Mads Quist Boesen is a licensed Attorney-at-Law at the National Olympic Committee & Sports Confederation of Denmark (DIF) and holds office as Legal Counsel at the NOC Court of Appeal. He joined DIF in 2012 after 2 years as Assistant Attorney with the law firm Kammeradvokaten / The Legal Advisor to the Danish Government in Copenhagen (following 3 years as Student Assistant within the firm). Mr. Boesen received his ba.jur. degree (with honours) and cand.jur. degree from the University of Copenhagen.

Mr. Boesen has extensive and unique experience in the field of sports law, not least in respect of regulatory and safeguarding matters (doping and match-fixing) and internal dispute resolution in sports. Working as an in-house counsel at DIF and having handled more than 100 appeals proceedings within the Danish dispute resolution system, as well as some cases before the Court of Arbitration for Sport, he is daily exposed to a vast variety of the legal matters relating to the sports movement and its many sporting disputes. He also draws from his experience from conducting tax law cases before the Danish Disctrict Courts.

Mr. Boesen was the main drafter of the common regulations on combating matchfixing in Danish sports, implemented in May 2013. He has accumulated in-depth specialist knowledge about the complex issues that arise when the internal sports regulation and public regulation intersect and he has participated in ministerial working groups looking at the legislative framework governing the Danish sports movement based on voluntarily driven associations of members.

Mr. Boesen routinely speaks and writes on the issues of sports law and dispute resolutions in sports.