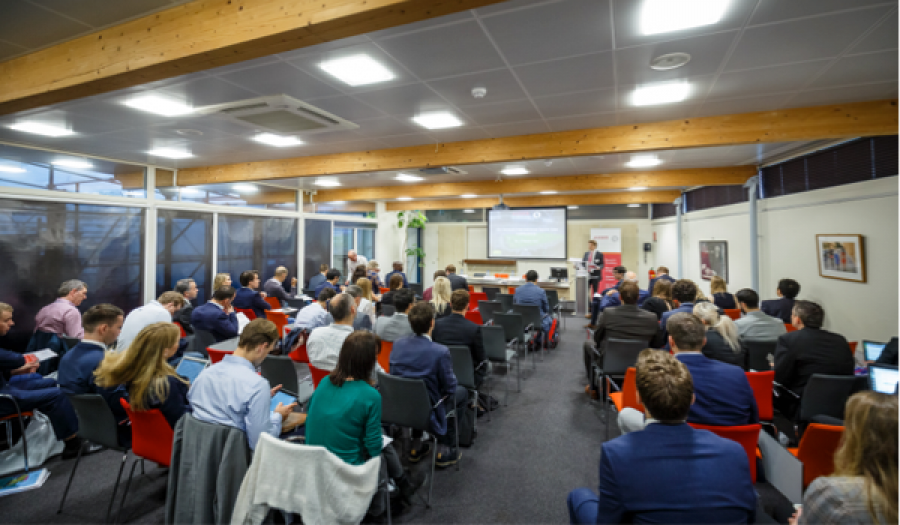 Close to 100 participants from 37 different countries attended the first ISLJ Annual International Sports Law Conference that took place on 26-27 October 2017 in The Hague. The two-day programme featured panels on the FIFA transfer system, the labour rights and relations in sport, the protection of human rights in sport, EU law and sport, the Court of Arbitration for Sport, and the world anti-doping system. On top of that, a number of keynote speakers presented their views on contemporary topics and challenges in international sports law. This report provides a brief summary of the conference for both those who could not come and those who participated and would like to relive their time spent at the T.M.C. Asser Institute. 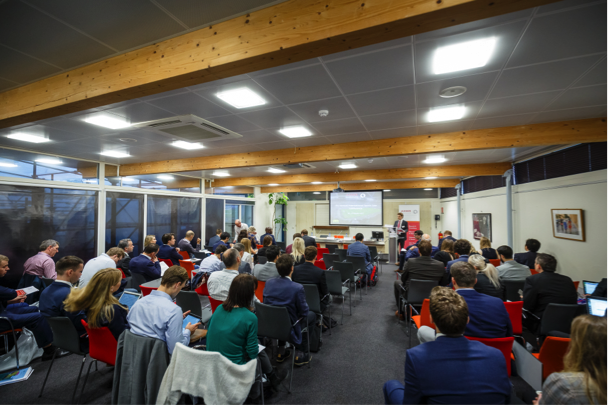 The audience did not have to wait long for one of the highlights of the conference as Miguel Maduro, a former Chair of the FIFA Governance Committee, took the floor immediately after Johan Lindholm, an Editor-in-Chief of the International Sports Law Journal, and Antoine Duval, the Head of the Asser International Sports Centre, had delivered their opening speeches. Drawing on his experience as a Chair of the FIFA Governance Committee, Miguel identified the resistance to public scrutiny, accountability and transparency as root causes of the governance crisis currently faced by FIFA. He suggested that an independent international agency be established to supervise the governance of international sports governing bodies. According to him, only the European Union is capable of taking such an initiative.

The first panel, chaired by Johan Lindholm, revolved around the FIFA transfer system. Jakub Laskowski from Legia Warszawa explained why we might need a different approach to solidarity in professional football. Eleanor Drywood from the University of Liverpool then examined the FIFA's ban on the international transfer of minors, suggesting that international sports governing bodies in general, and FIFA in particular, should take account of the United Nations Convention on the Rights of the Child in order to enhance the protection of minors in sport. Finally, William McAuliffe, a sports lawyer practising in Switzerland, spoke about buy-out clauses and the club's consent to transfer under the FIFA Regulations on the Status and Transfer of Players.

The afternoon session started with a panel on the labour rights and relations in sport chaired by Professor Richard Parrish from Edge Hill University. Jack Withaar from Tilburg University focused on employment contracts in professional sport, concluding with the question whether international sports federations should take into consideration labour standards elaborated by the International Labour Organization. Thereafter, Matthew Graham from the World Players Association shared his insights on the functioning of international players' unions. Finally, Andrea Cattaneo from Edge Hill University encouraged a greater use of social dialogue to regulate professional football.

The last panel of the day, chaired by Professor Mark James from Manchester Metropolitan University, tackled a relatively new topic in international sports law – the protection of human rights. Whereas our research intern Tomáš Grell and Daniela Heerdt from Tilburg University discussed how human rights could be affected by the organisation of a mega-sporting event, Brendan Schwab from the World Players Association shed light on the more specific human rights risks faced by professional athletes. Both Tomáš Grell and Daniela Heerdt agreed that international sports governing bodies need to translate their human rights commitments from bidding and hosting agreements to actual practice. Brendan Schwab, for his part, emphasised that sportspeople are human first and athletes second, and introduced the World Player Rights Policy adopted by the World Players Association in July 2017.

Throughout his more than 50-years-long career in sports law, Michael Beloff QC, also known as one of the "godfathers of sports law", has witnessed first-hand the professionalization of sport. This and many more aspects of his truly exceptional career as a sports lawyer featured in his keynote discussion with Sean Cottrellfrom LawInSport (a trusted media partner of the conference). Michael also touched upon some of the contemporary sports law themes, among which the lack of gender equality in the composition of international sports governing bodies, the role of athletes in good governance of sport, inaccuracies in sporting regulations or transparency at the Court of Arbitration for Sport.

The second day also kicked off with a keynote lecture, this time delivered by Professor Stephen Weatherill from Oxford University, who examined the conditional autonomy enjoyed by international sports governing bodies under EU law. Against the background of UEFA's Financial Fair Play rules or the FIFA's ban on third-party ownership, he explained how sporting rules that would otherwise be incompatible with EU law could nevertheless be justified on account of the specific nature of sport, what he called the "sporting margin of appreciation". However; he also criticised the pyramidal structure of international sport for not allowing those at the bottom end (athletes and clubs) to participate in decision-making processes of international sports governing bodies.

The first panel of the day, chaired by Ben Van Rompuy from Leiden University, offered some interesting perspectives on the application of EU law to sport. Stefania Marassi from The Hague University of Applied Sciences explored the policies adopted by the European Union with a view to contributing to the promotion of sporting issues in line with Article 165 of the Treaty on the Functioning of the European Union. Christopher Flanagan, a lawyer practising in England, discussed why attempts to regulate the financial aspects of professional football are met with challenges under EU law. Employing FIFA's private order as a case study, Branislav Hock from the University of Portsmouth argued in his presentation that successful private modes of governance continuously emerge from public interventions, provided that the public acts as a reversed civil society. It is worthwhile to note that Branislav won the award for the best paper presented at the conference.

Thanks to Women in Sports Law, an association that unites women from more than 40 countries who specialise in sports law, the conference also continued over lunch. Lindsay Brandon, a sports lawyer practising in the United States, and Despina Mavromati, a Co-Founder of Women in Sports Law and a former Managing Counsel at the Court of Arbitration for Sport, talked about the current state of whereabouts requirements in the world anti-doping system. They were joined in the discussion by Professor Richard McLaren.

After lunch, Professor Richard McLaren from Western University in Ontario, the former head of WADA's investigation into the Russian doping scandal, spoke about broader challenges to the operation of the world anti-doping system. Among other things, he stressed that athletes have a crucial role in uncovering doping practices, as they know much more about these practices than anybody else. Having insisted that whistleblowers are of utmost importance, he also criticised the International Olympic Committee for its treatment of the Russian athlete Yuliya Stepanova who was eventually blocked from competing at the Rio Olympics despite her exceptional contribution to the fight against doping. In more general terms, Richard asserted that the integrity of sport is threatened not only by doping but also by archaic governance, corruption or match-fixing.

After the lecture given by Richard McLaren, the conference continued with a panel on international sports arbitration chaired by Despina Mavromati. Howard Jacobs, an American sports lawyer, together with Lindsay Brandon from his office, discussed the proposal to create a permanent anti-doping division at the Court of Arbitration for Sport. Professor Jernej Letnar Černič from the Graduate School of Government and European Studies in Ljubljana then looked at how the guarantee of a fair trial could be strengthened in proceedings before the Court of Arbitration for Sport. Finally, Kazushige Ogawa from Rikkyo University in Tokyo shared his insights on the functioning of the Japan Sports Arbitration Agency.

The last panel of the conference, chaired by Antoine Duval, addressed one of the most pressing issues in the world of sport – the fight against doping. Kelsey Erickson from Leeds Beckett University examined a range of psychological factors influencing athletes who intend to blow the whistle on doping. Jan Exner from the Czech Olympic Committee focused on the sanctions for anti-doping rule violations, suggesting that a four-year period of ineligibility might be disproportionate. Finally, our last speaker Louise Reilly, an Irish barrister and a former counsel at the Court of Arbitration for Sport, provided a precise overview of jurisprudence dealing with intentional anti-doping rule violations under the 2015 World Anti-Doping Code.

This report was first published on Asser International Sports Law Blog. The original is available to view here