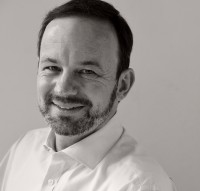 Stuart is an experienced Commercial Lawyer and Advocate, who was called to the Bar in 2002, having qualified as a Solicitor with Clifford Chance in 1999. Stuart has advised a number of Premiership football clubs and an Italian Serie A club in relation to funding (and refinancing) structures for stadia.

Such advice included consideration of the relevant FA and Premiership rules and regulations as well as contractual and company law issues and in particular the rules as to insolvency of football clubs.