What Is The Future Of Dispute Resolution In Sport? 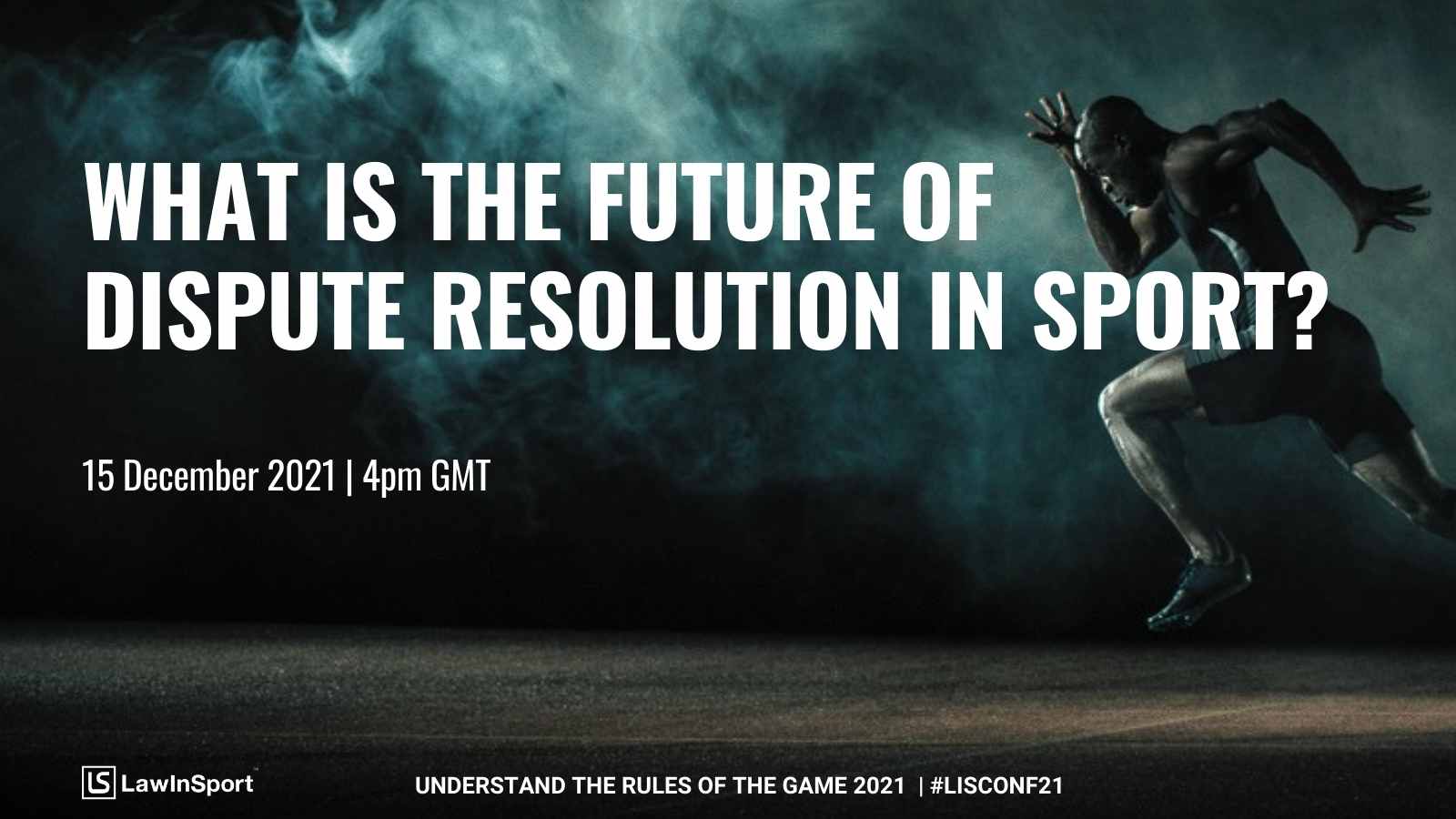 This webinar will examine the future of dispute resolution looks like in sport drawing on developments from the wider world of alternative disputes resolution as well as recent cases in which the civil courts had to adjudicate on procedural and structural issues in sports arbitration.

This is a panel from our Annual Conference 2021 which had to be moved due to speakers being called in to urgent matters.

Jeffrey Benz is an accomplished international and domestic commercial arbitrator and mediator, with a focus on entertainment, sports and technology. He is a former General Counsel of the US Olympic Committee, the AVP Pro Beach Volleyball Tour, and other sports entities, former counsel to independent film producers and directors, and a former international athlete; he is one of only approximately 400 Court of Arbitration for Sport (CAS) arbitrators and mediators worldwide, and has served as arbitrator in cases involving several dozen different sports. He is among the most frequently selected American sports and entertainment arbitrators. Benz has served as a neutral in several hundred large and complex commercial arbitrations and mediations before the major administering global institutions, and as an advocate in many more. He is duly qualified in the US as a lawyer (California, Colorado, Hawaii, New York) and in England and Wales as a barrister, where he is a member of Lincoln’s Inn. He is a founding board member of the California International Arbitration Council. Having served on the highest profile cases in sports, in 2016, the BBC noted Mr. Benz is “widely regarded as amongst the most experienced judges” in world sport. According to Who’s Who Legal 2018 UK Bar, he is “’widely recognised for his first-rate arbitration practice’ and clients note he is ‘in a class of his own’ when it comes to complex sports disciplinary disputes.” He is a fellow of the Chartered Institute of Arbitrators and the College of Commercial Arbitrators, a CEDR Accredited Mediator, and an IMI Certified Mediator. He is also a Certified Electronic Discovery Specialist. He has AB and MBA degrees from the University of Michigan and a JD degree from the University of Texas.

Laura Abrahamson is a full-time arbitrator and mediator at JAMS. A Fellow of the Chartered Institute of Arbitrators, she brings far reaching experience and expertise to her neutral practice, including an illustrious career in private practice and senior in-house leadership roles at Fortune 500 Companies, most recently as Deputy GC and global head of litigation at AECOM. Prior to AECOM, Laura specialized in international and domestic arbitration and litigation at Occidental Petroleum and as an advocate at Gibson, Dunn & Crutcher and O’Melveny & Myers. Laura currently serves on the board of the Chartered Institute of Arbitrators, North American Branch, on the Board of Trustees of the Institute for Corporate Counsel and is a member of an arbitrator for the Swiss based Court of Arbitration for Sport, on the List of Arbitrators for the HKIAC and a member of the London Court of International Arbitration Panel.

Iain Quirk practices in commercial law, international arbitration and entertainment. He is consistently recommended in the directories as a Leading Barrister for Sports and Media work.

Iain has recently acted for two English football teams in respect of end of season arrangements following the Covid pandemic. He has also acted for the exclusive owner of live football data in The Premier League, The English “the Football League and The Scottish Professional Football League, Football DataCo Limited, in its dispute with Sportradar AG, regarding the provision of data to betting shops.

Iain was involved in Jordan Grand Prix v Vodafone, a high-profile Formula 1 dispute involving a raft of team principals, including Flavio Briatore and Jean Todd, and sponsors. Since then, Iain has continued to act for and against various sports figures and organisations, including footballers, Formula 1 teams and principals, Ascot Racecourse and Queens Park Rangers FC.

Iain also advises and represents participants in all areas of the music industry, including artists, managers, record companies and collecting societies. He has been instructed in disputes in relation to recordings of artists such as Katy Perry, The Rolling Stones, Adele, Ed Sheeran, Queen, Stereophonics and Sugababes. Iain acted for the late Michael Jackson in his dispute with Martin Bashir over the contents of a television interview.

Iain also advises and represents broadcasters, theatre producers, actors, agents, and others in contractual and copyright disputes. He has particular experience in the field of online exploitation of rights, including applications under s.97A of the Copyright, Designs and Patents Act 1988 for website blocking injunctions.