This was first written for and published by The Sports Law & Policy Centre.

An earlier version of this article was published as “Playing In The Corridor Of Uncertainty: The Impact Of The Justice R.M. Lodha Committee Report on Sports Governance In India” in the publication 'Game, Set and Matchless...A Reader on Sports Law' published by the National Law School of India University in 2016. 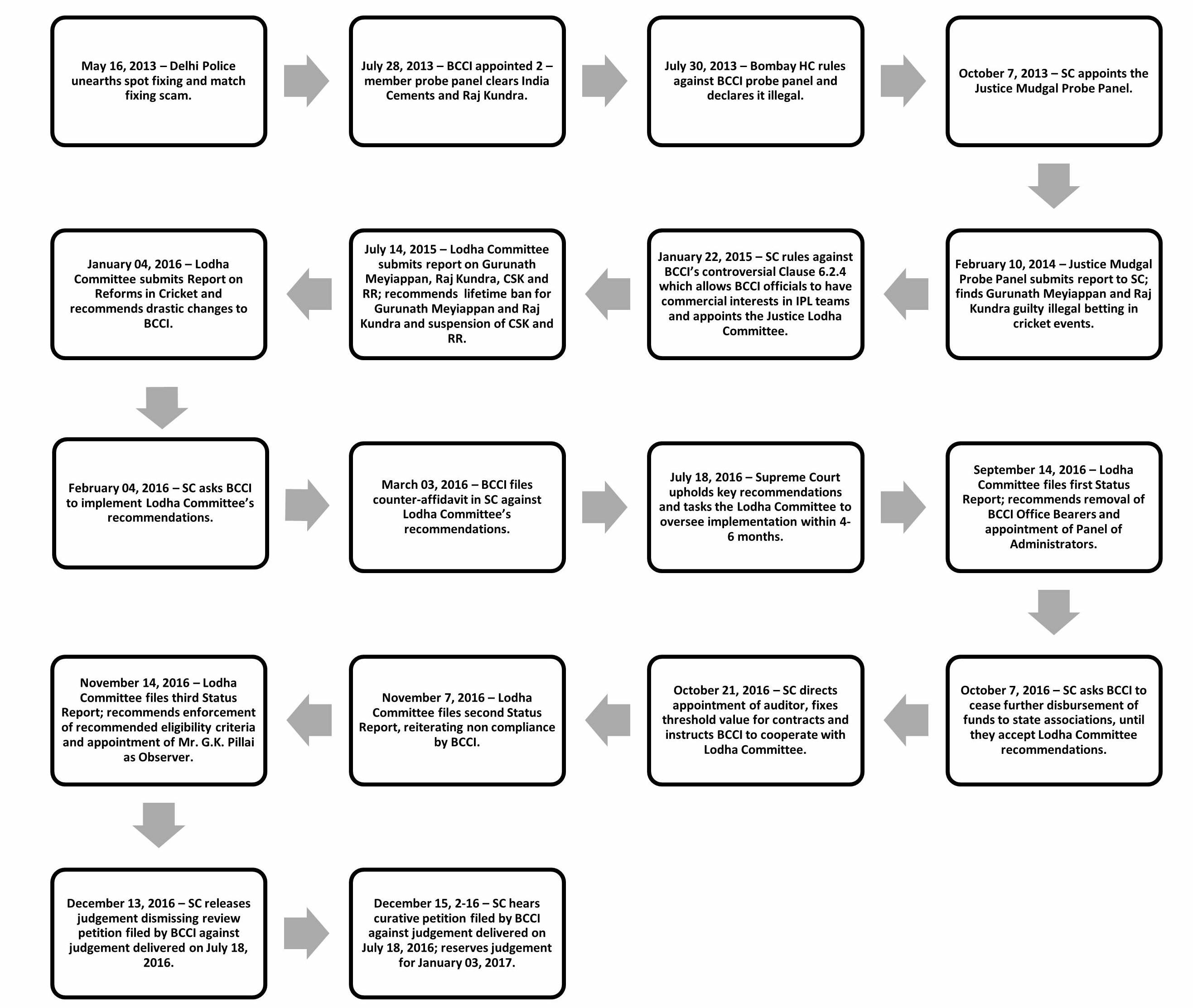 While the Committee was primarily constituted to provide its recommendations in the aftermath of the findings presented by the Justice Mudgal Probe Panel in relation the 2013 Indian Premier League (“IPL”) spot fixing scandal, it was also mandated to examine and make suitable recommendations to the Board of Control for Cricket in India (“BCCI”) for such reforms in its functioning and practices as may be considered necessary and appropriate with the aim of, amongst other things, preventing sporting frauds and conflict of interests, improving player welfare, streamlining the functioning of the BCCI, and making it more responsive and accountable to the public at large.

Through the Report, the Committee recommended a substantial overhaul of the manner in which the BCCI, and cricket in general, is governed and administered in India. In preparing the Report and in attempting to provide a comprehensive list of reforms, the Committee sought interviews and comments from several stakeholders and interested parties, including former and current sportspersons, administrators, regulators and lawyers. The recommendations provided under the Report are classified under ten (10) broad heads, each of which the Committee considered integral for the governance of cricket in the country.

In the following section, we provide a brief overview and summary of the significant recommendations made by the Committee in the Report. Thereafter, in Section III we attempt to analyse a few of the key aspects of the Report and the potential ramifications and impact that the Report’s recommendations, may have on Indian cricket in particular and sports administration in India more generally. Section IV summarises the subsequent legal developments post the release of the Report and the current status of implementation of the Supreme Court’s orders, and Section V concludes the article.

A. Structure of the BCCI

The Committee highlighted seven (7) primary issues with the current structure of the BCCI. These were:

In this respect, the Committee made the following recommendations: 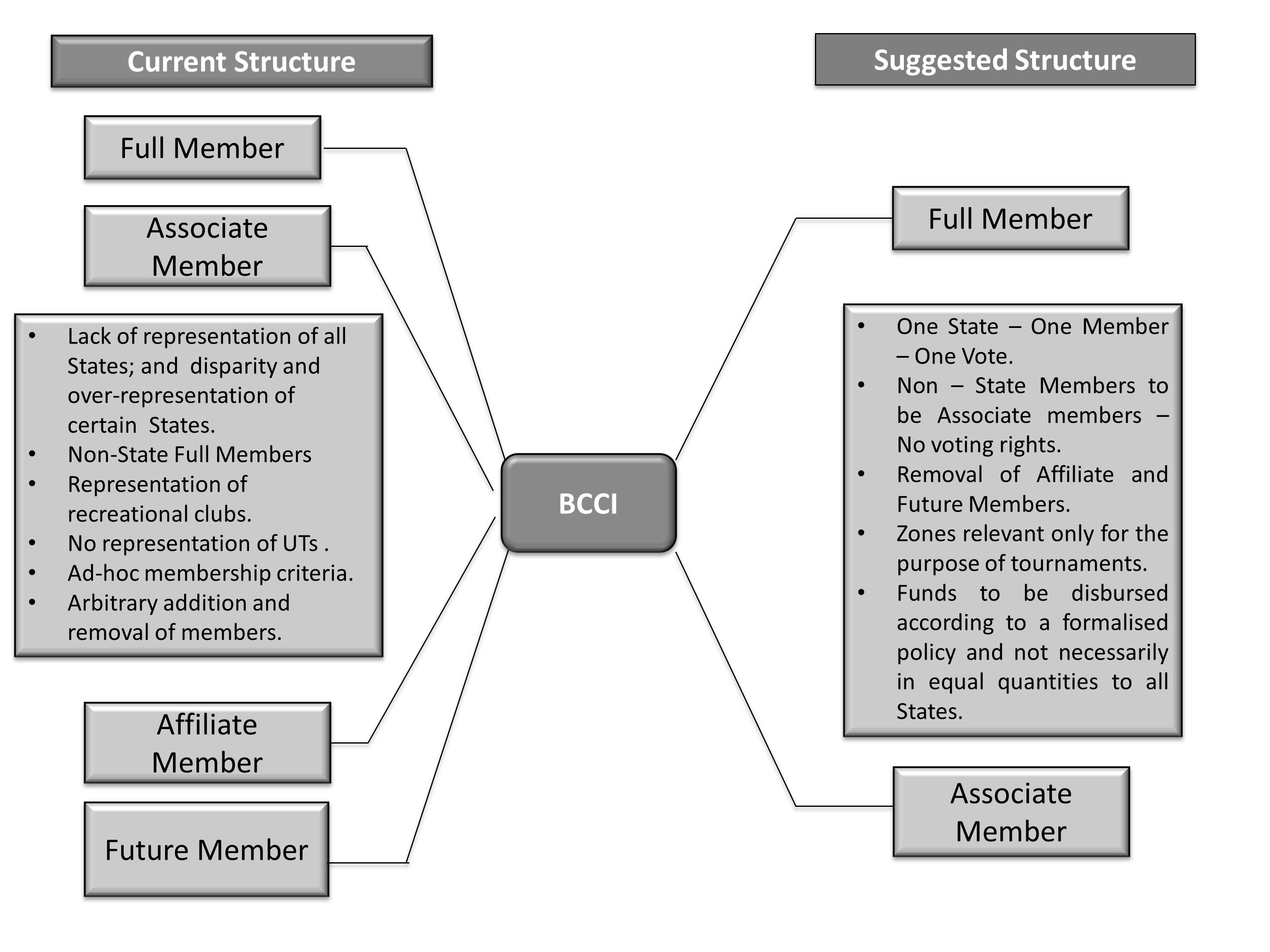 The Committee identified several issues with respect to the governance of the BCCI and other cricket associations in the country. These issues included: (a) concentration and abuse of power in certain sections leading to mismanagement; (b) incompetence and lack of experience in office bearers and elected officials; (c) inadequate or lack of representation of former players and women; (d) unlimited terms and tenures for office bearers and officials; and (e) absence of grounds for disqualification from holding posts. The Committee provided the following set of recommendations with respect to the governance of the BCCI: 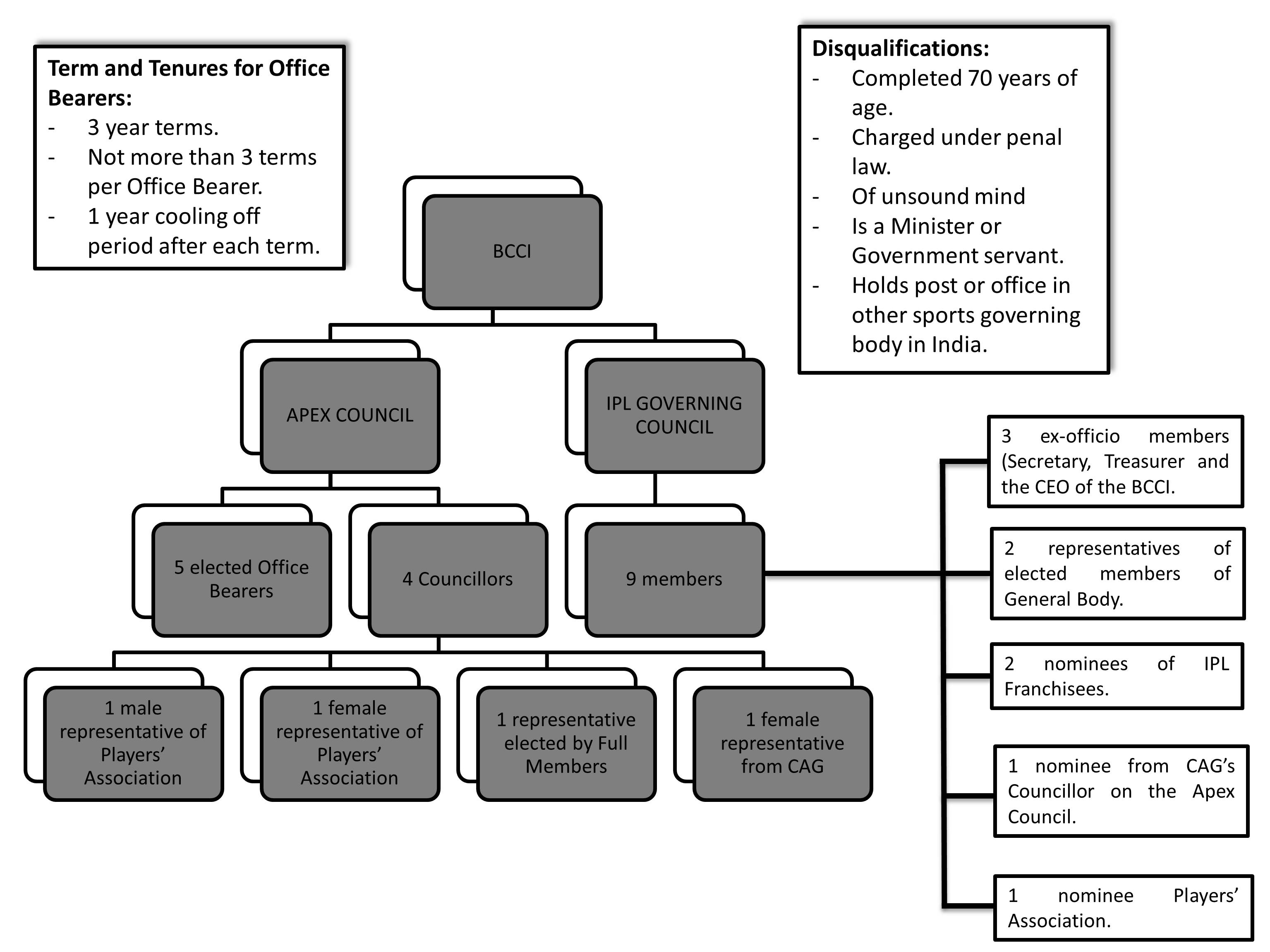 In an attempt to ensure professionalism in the management of the BCCI, the Committee suggested the implementation of a corporate structure whereby the BCCI will be managed by “professionals with established skill-sets”.

Some of the significant recommendations made by the Committee with respect to the management of the BCCI include: 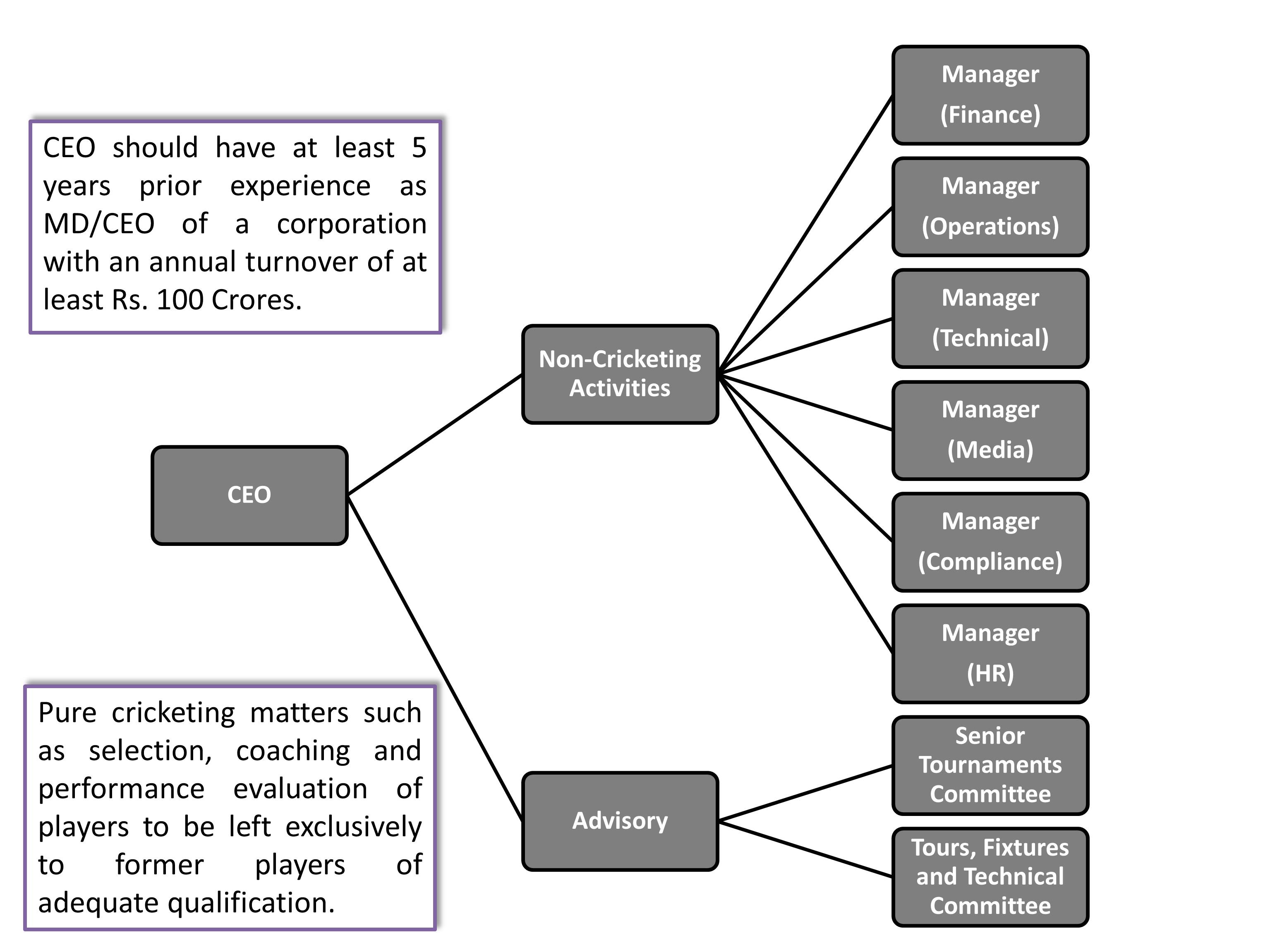 While the Committee recognised the importance of the IPL as a revenue generator for the BCCI, it also recognised the need for a reinforced mechanism of governance in relation to the IPL in light of the various controversies that have emerged over the last few years with respect to the league. The key recommendations made by the Committee with respect to the IPL include:

The Committee also proposed the establishment of a players’ association funded and financed by the BCCI to look after and advocate the interests of current and former professionals and the introduction of compulsory registration for player agents. In addition to providing an indicative set of norms to be followed by the BCCI and the players’ association while establishing an agent registration mechanism, the Committee also made the following notable recommendations in this regard: 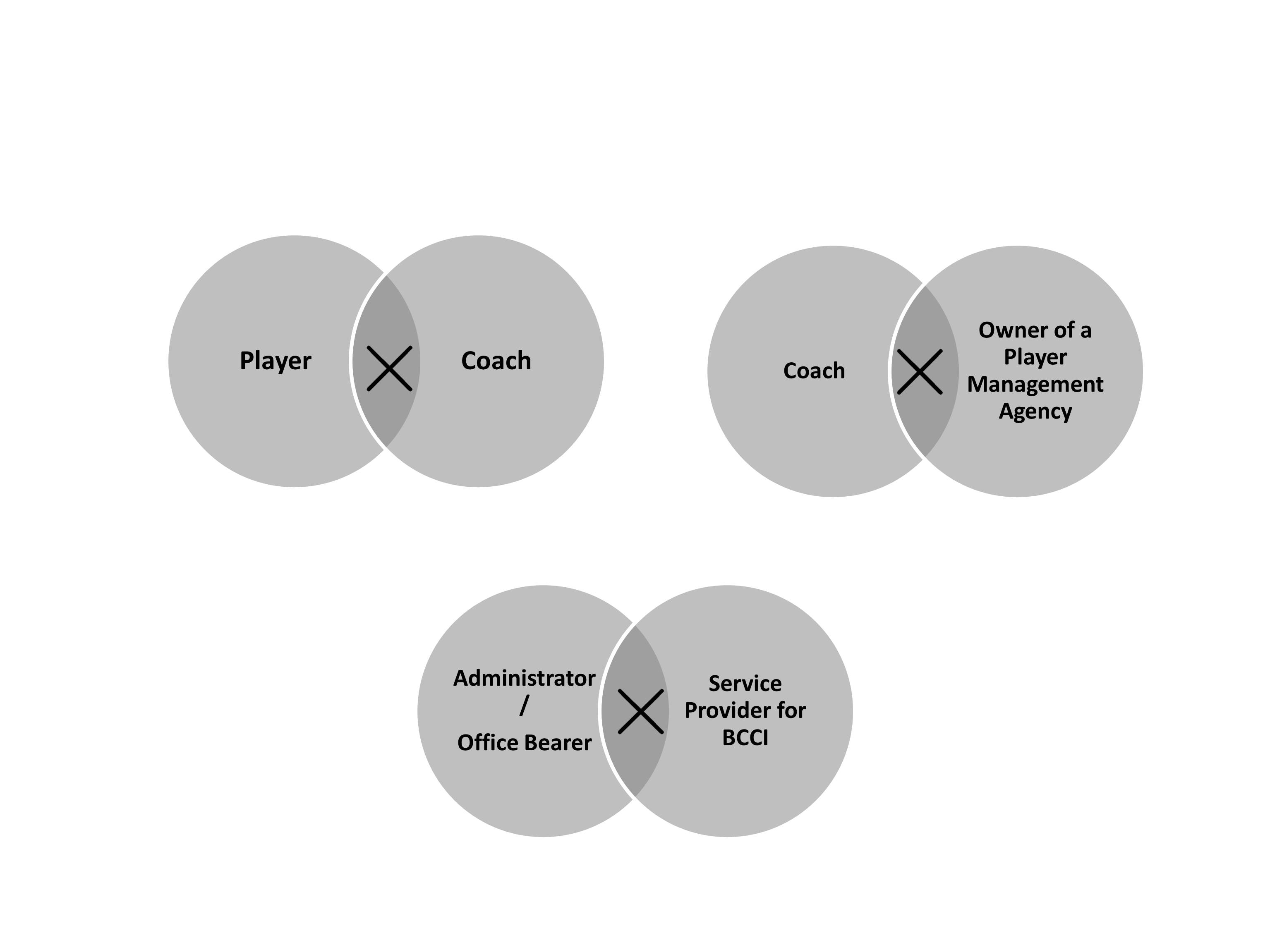 The Committee recommended the creation of three (3) new authorities to provide external supervision and oversight of the BCCI’s functions. These three (3) authorities are as follows: 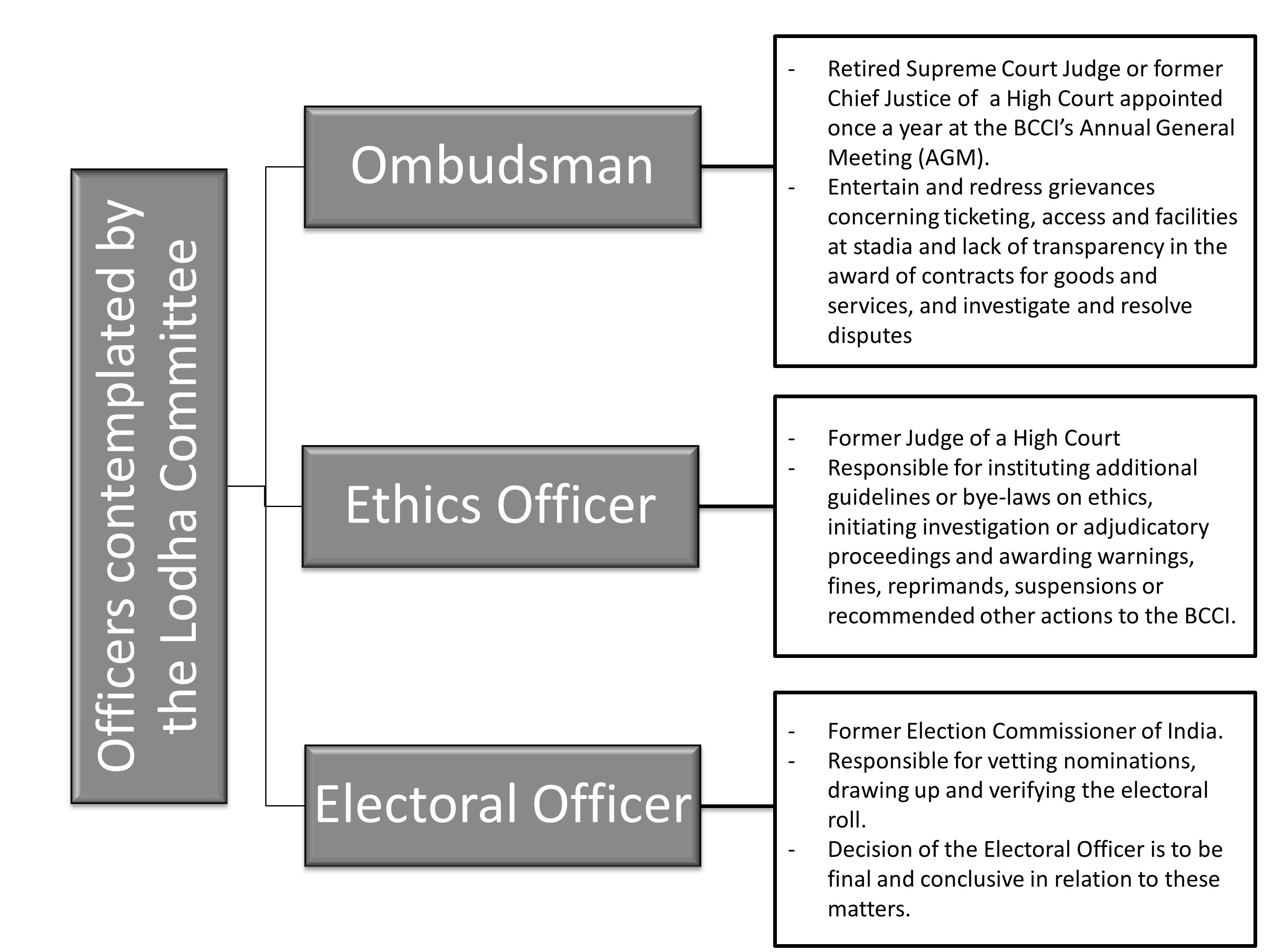 While recognising the lack of transparency and oversight within the processes previously established by the BCCI, the Committee made several recommendations with respect to the BCCI’s functioning, including the following:

I. Match Fixing and Betting

Seshank is a Senior Associate at LawNK, a Bangalore based niche law practice specializing in sports, intellectual property, media and information technology laws.  He is also Legal Counsel at Copyright Integrity International, a world leader in the protection of digital and broadcast rights.
Seshank has advised a wide range of clients in the sports industry and has written several articles on topics such as the tax treatment of athletes, fair play, gender determination and issues related to drug testing in sport.

Anirban is an Associate at LawNK, a Bangalore based niche law practice specializing in sports, intellectual property, media and information technology laws.