Restoring a fair balance: Should the MCC do more to regulate the size of cricket bats? 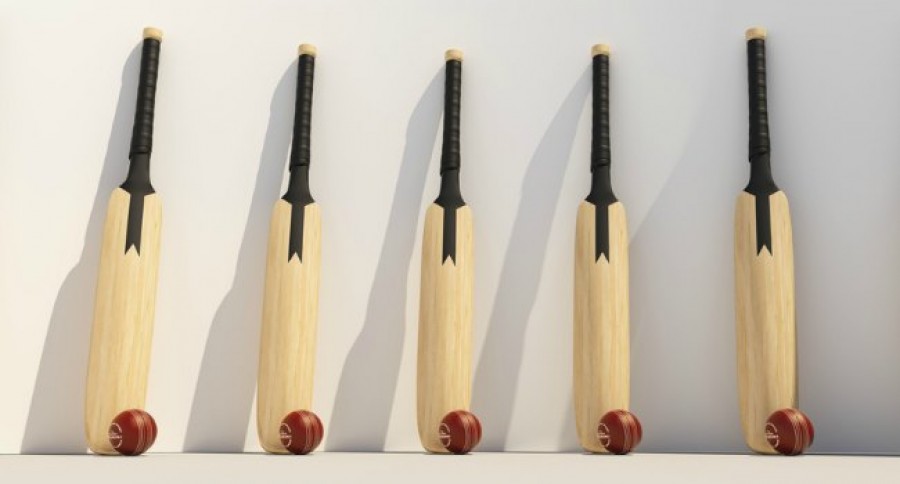 "Ranjit", "Predator", "Nemesis"…these are all names of cricket bats over the ages. Their remarkably different profiles can be seen here (page 3) 1, and looking at them leads one to ask just how have they impacted the game?

“After considering the broad issue of the balance between bat and ball, set out in a paper which will be published today on Lords.org - the committee believes the balance has tilted too far in the batsman's favour. The committee agrees with ICC’s Cricket committee that, beyond the limits that have long been in place regarding the width and length of a cricket bat, further limitations to the edge, depth and possibly to the weight should now be introduced.” 3

While it looks likely that we will see a change to the regulations, the issue is not without its controversy. While former cricket players like Ricky Ponting4 and Ian Chappell5 have called for greater regulation of bat size; many batsmen like David Warner and Brendon McCullum are against it for reasons examined below. This article explains the current regulatory framework for cricket bats, before analyzing the arguments both for and against more stringent regulation in light of the overall evolution of the game and the balance with bowling and fielding.

The Marylebone Cricket Club (“MCC”) is recognised as the sole authority for drafting the Laws of Cricket6 (“Laws”), and has been since its formation in 1787.7 When amending the Laws, the MCC consults the game’s stakeholders, including all the Full Member Countries of the International Cricket Council (“ICC”), which is the global governing body for cricket.8

The earliest form of a bat available in the MCC collection at Lord’s resembles a hockey stick and the style of play was very different from what we witness today. Shots played depended upon the style of bowling which, for a long time, was supposed to be underarm. The initial rule on the dimensions of a cricket bat was borne out of an intriguing incident - recalled as the "Monster Bat Incident of 1771",9 - where an English player used a bat as wide as the wicket in a county match so that he would not be bowled out. This "unsportsmanlike" move led to a furore and the Laws were modified to set the maximum width of a bat at 4 and a quarter inches (10.8 cm.) at its widest part (see Appendix E). 10 This law carries on till date.

The bat is governed by Law 6 (The Bat), read in conjunction with Appendix E. Law 6 sets out the rules for the bat, stating it must comprise of a handle affixed into a blade made solely of wood (traditionally willow). Law 6 also regulates coverings on the blade, protection and repair, damage to the ball and what would constitute contact with the ball.

Appendix E sets out the measurements and restrictions for the bat, as well as additional information including the categories of bats, permitted adhesives, and toe and side inserts allowed. In terms of the size of the bat, Appendix E states:

Length of handle – Except for bats of size 6 and less, the handle shall not exceed 52% of the overall length of the bat.

One key issue is that the Laws only limit "Ranjit", "Predator" and "Nemesis",

The depth and weight of the bat help to define its "sweet spot".11 This is a point from which the ball receives maximum acceleration on being hit, resulting in a powerful shot with the batsmen feeling minimum vibrations in their hands. The sweet spot is affected by the depth and weight of the bat, and with the change in bat dimensions and designs over the years, the location and size of this spot has changed as well, leading to debates about their impact on batting performance and whether they give an unfair advantage to batsmen. Considering the sweet spot is said to be the most important part of a bat, it is surprising that there is no law to regulate its location or size.

Other elements of the bat have also caused controversy, for example the material it is made from. One of the most memorable examples is Australian cricketer, Dennis Lillee, who used an aluminium bat in an Ashes test at Perth in December, 1979.12 While no stern action was taken against Lillee, the Laws were changed to specify expressly that the bat should be made of wood.13

However, it is primarily the absence of regulation around the depth and weight of the bat that leads us to the present debate.

Is cricket a batsman’s world?

Anujaya Krishna is a legal professional and sports enthusiast based out of India. She has been associated with the Sports Law team at Duane Morris and Selvam LLP, Singapore. She has authored a book entitled Sports Law and most recently got published in the Handbook on Sports Law. She has been keenly interested in Sports Law since her college days, and has several publications to her credit, in national journals as well as in international ones, such as the journal of the International Association of Sports Law, Greece.