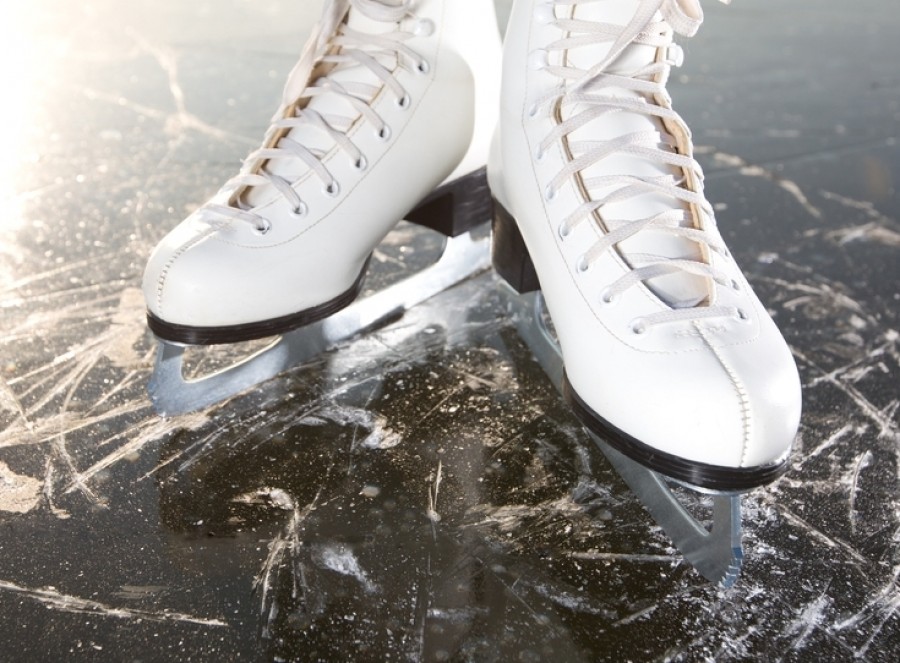 This two-part article analyses pre-Game selection process disputes and disputes arising out of or relating to at the 2014 Olympic Winter Games in Sochi. In part one the authors provide an outline of the dispute resolution process in sport and analyse some of the pre-Games selection process disputes from Sochi. In part two the authors discuss the cases that arose form the Sochi Games and explain the mechanisms for dealing with disputes that arose from the Sochi Games.

Several disputes arose leading up to or arising at the 2014 Winter Olympic Games in Sochi, Russia. These disputes were resolved by either the domestic federation dispute resolution processes of first instance, the Court of Arbitration for Sport Ad Hoc Division on the site of the Games, the International Olympic Committee and its Disciplinary Commission process, or they remain open issues to be resolved by the Court of Arbitration for Sport sitting in its regular designation1.
Disputes relating to participation in the Olympic Winter Games arise from a mere handful of possible scenarios. There are selection disputes that involve athletes essentially alleging that they have been improperly passed over for selection for their country’s Olympic Team or that the relevant international sports federation failed to properly apply its rules when making its quota drawn from around the world and disciplinary-related disputes, usually arising in the context of doping, where athletes are asserted to have violated some standard of prescribed conduct.

Part one will identify the relevant bodies involved in Olympic disputes and highlight various pre-Games selection procedure cases from the 2014 Olympic Winter Games in Sochi.

Part two will focus on how disputes that occur at the games are resolved and the mechanisms involved, and will highlight the cases that arose at the 2014 Olympic Winter Games in Sochi and their eventual outcomes.

The Ad Hoc Division (“AHD”) of the Court of Arbitration for Sport (“CAS")2 is a standing tribunal that is organized and equipped to resolve disputes quickly that arise before and during competitions.
The AHD was first implemented at the 1996 Olympic Games in Atlanta and at the 1998 Olympic Winter Games in Nagano and have been a fixture at all Olympic Games since.3 Their role as an on-site dispute resolution body is expanding with CAS fielding an ad hoc panel for the Asian Games, Commonwealth Games, and other major international multi-sport games.
The International Council of Arbitration for Sport (“ICAS”) is the governing body of CAS and it handles the process for selecting the ICAS members4, and the CAS arbitrators generally5, and specifically for selecting the President, other officers, and arbitrators of the AHD for each iteration of the Olympic Games.
Irrespective of the host country, the AHD, as does the rest of CAS, operates under the jurisdiction of Swiss law to promote predictability and consistent precedent. The AHD is on call to resolve disputes around the clock during the Games and typically issues a decision within twenty-four hours of its filing. Each panel consists of three arbitrators who are selected by the President and Co-President of the Games-specific AHD and resolve issues that arise at the site of the Olympic Games, generally ranging from athlete eligibility/selections to disciplinary matters to doping.

The Olympic Charter provides that the International Olympic Committee (“IOC”) Executive Board6 or the IOC Disciplinary Commission7 may address any violation of the Olympic Charter or the World Anti-Doping Code.8 Further, the IOC Executive Board may delegate its power to the IOC Disciplinary Commission.
In the case of violations committed by athletes or members of the official delegations at the Olympic Games, the IOC Disciplinary Commission can temporarily or permanently deem the competitors ineligible, exclude or disqualify them, and withdraw their accreditation in the Games.9 Competitors that are excluded or disqualified must return any medals or diplomas received relative to the violation. The individual competitor or team also risks losing any previous ranking obtained in another event at the Olympic Games from which they were excluded.10
At the Olympic Winter Games in Sochi, pursuant to the text of Article 6.1.4 of The International Olympic Committee Anti-Doping Rules applicable to the XXII Olympic Winter Games in Sochi, in 2014, the IOC Executive Board expressly delegated all of its powers except for the ability to:
“(i) the power to pronounce, with regard to IOC members, the honorary President, honorary members and honour members, a reprimand or suspension (Rule 59.1.1 of the Olympic Charter);
(ii) the power to pronounce, with regard to IFs, the withdrawal from the programme of the Sochi Olympic Winter Games of a discipline or event (Rule 59.1.2(a) of the Olympic Charter) as well as the withdrawal of provisional recognition of an IF or of an association of IFs (Rules 59.1.2(b) and 59.1.3(a) of the Olympic Charter);
(iii) the power, with regard to NOCs, to pronounce the suspension, or the withdrawal of provisional recognition of an NOC or of an association of NOCs or another recognized association or organisation (Rules 59.1.4(a) and (b), 59.1.5(a) and 59.1.8(a) of the Olympic Charter);
(iv) in the context of the Sochi Olympic Winter Games, with regard to individual competitors, teams, officials, managers, other members of any delegation as well as referees and members of the jury: the power to pronounce permanent ineligibility or exclusion from future Olympic Games (Rules 59.2.1 and 59.2.2 of the Olympic Charter).”11
Thus, the IOC Disciplinary Committee had broad delegated power to hear and decide doping violations that occurred at the Sochi Games insofar as those violations required Olympic Games-specific penalties.
The International Olympic Committee Anti-Doping Rules Applicable to the XXII Olympic Winter Games in Sochi, in 201412, (the “Anti-Doping Rules”), outlines the disciplinary procedures applicable to athletes who were charged with having committed an anti-doping violation. Such procedures had to be completed within twenty-four hours of the athlete being notified unless the time limit was otherwise extended by the IOC President.
Every athlete at the Sochi Olympic Winter Games could have been subject to a random doping test. In Sochi, the IOC conducted 2812 anti-doping tests and found a record 8 athletes to have committed anti-doping offenses.13 All the samples that tested positive for a prohibited substance were verified by the Chairman of the IOC Medical Commission with assistance from the IOC Medical Director to determine if there was, in fact, a violation or any other violation of the Anti-Doping Rules. The IOC President was then notified of the result and the athlete in question was provided with a detailed report regarding the findings. The athlete was also notified of their right to be heard, request a confirmatory test, and to use any relevant evidence at the hearing. If necessary, the IOC Disciplinary Commission could also seek the opinion of an expert or obtain further evidence before issuing its decision.

Rule 61(2) of the Olympic Charter selects arbitration as the primary form of dispute resolution for Olympic Games through the inclusion of a provision that states:
"Any dispute arising on the occasion of, or in connection with, the Olympic Games shall be submitted exclusively to the Court of Arbitration for Sport (CAS) in accordance with the Code of Sports-Related Arbitration."
This provision grants CAS sole authority and jurisdiction over any and every dispute arising in relation to an Olympic Games. In addition, beginning with the 1996 Atlanta Olympic Games, the IOC began including a clause in the Athlete Entry Form providing that the Athlete agreed to the sole and final jurisdiction of CAS over disputes. Any athlete refusing to sign the form was denied the opportunity to participate in the Games.

HOW ARE DISPUTES ARISING PRIOR TO THE COMMENCEMENT OF CAS JURISDICTION HANDLED?

Some sports or governing bodies have extensive provisions governing various types of disputes that arise in connection with an Olympic Games but that precede the Games-themselves. We will not endeavor to address all of them, but we have selected a few key exemplars to illustrate the relevant points.
Section 9 of the United States Olympic Committee Bylaws
Section 9 of the USOC Bylaws addresses athletes' rights.14 The first provision guarantees that the USOC will use reasonable means to protect the right of an amateur athlete to participate if selected for the Olympics. The section also provides the course of action a player should take when one feels they have been denied their right to participate by the USOC. The proper procedure requires filing a written complaint with the CEO of the organization on a form provided by the corporation, with a copy sent to the corporation's legal division.
Section 9.7 of the USOC Bylaws is the arbitration provision that requires an athlete to escalate their dissatisfaction with the result of a filed complaint by appealing to the American Arbitration Association15 (AAA) for final and binding arbitration. In the instance of an impending competition, an expedited resolution may be sought through filing concurrently both with the CEO of the corporation and the AAA. Following a decision, the arbitrator is required to provide a reasoned award in writing that shall be made available to the public.
For perhaps the first time since the enactment of Section 9 and its predecessors, there were no United States selection disputes arising before the Sochi Olympic Winter Games. According to one of the co-author’s recent discussion with the USOC’s Athlete Ombudsman, approximately a dozen disputes of a more formal nature arose prior to the Sochi Olympic Winter Games, and the Athlete Ombudsman’s office was able to resolve all of them informally before arbitration was initiated.16

Jennifer K. Yuen is a sports and entertainment lawyer based in Los Angeles, admitted to practice in California. In her practice, Ms. Yuen has appeared before the Court of Arbitration for Sport (CAS) in Lausanne, Switzerland, as well as before the International Chamber of Commerce (ICC).