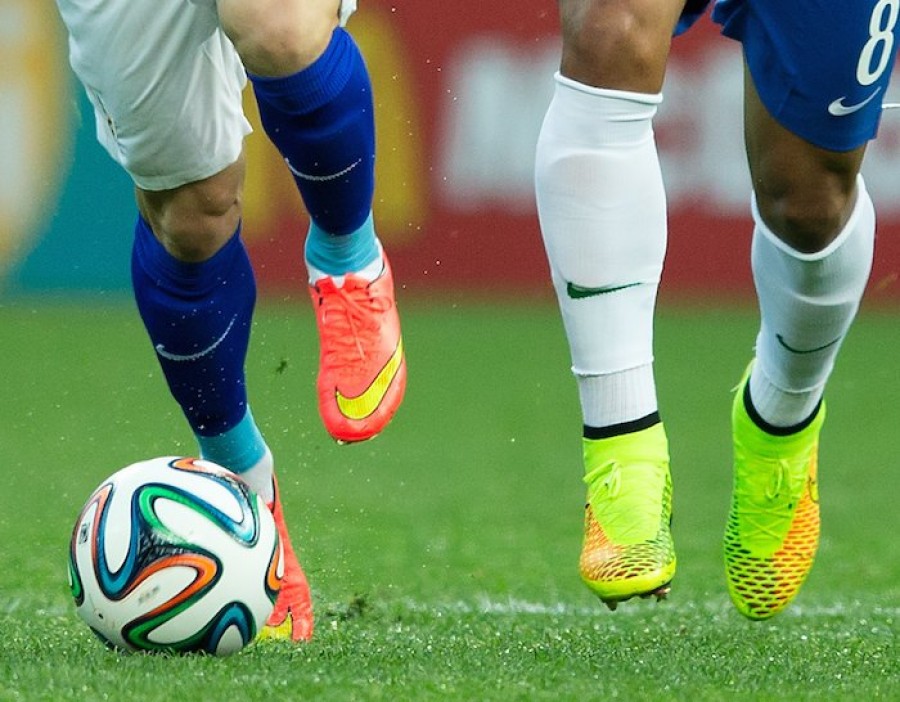 Tuesday, 17 June 2014 By Jake Cohen
Despite the increasingly globalised nature of football, many young footballers seeking to ply their trade in England will likely find it increasingly difficult to secure the necessary work permit to do so.1
Specifically, players who do not possess citizenship from one of the twenty-eight member states of the European Union (EU) are already subjected to stringent work permit regulations by both The Football Association (FA) and the Home Office, and The FA wants to impose even tighter regulations.2
This analysis is primarily focused on the “highest calibre” standard employed by the independent appellate panel when making its decision whether to grant a non-EU footballer a work permit, when said footballer does not meet the initial requirements.3 Prior to discussing the standard, it is first necessary to provide some context as to why the work permit regulations in England are far more restrictive than elsewhere in Europe.4 In addition, this piece will endeavour to show how Premier League clubs are sidestepping the work permit issues by utilising the European loan system.
Both the Home Office and the FA must comply with the free movement protections guaranteed by the European Union. Article 45 Treaty on the Functioning of the European Union (TFEU) establishes the freedom of workers.5 The right of citizens of EU member states to move freely about Europe for employment purposes is one of the four fundamental freedoms guaranteed by the EU. Further, with each new treaty, white paper, and relevant case that appears before the European Court of Justice (ECJ), this freedom becomes further entrenched within EU policy, and geographical and national barriers to employment that previously existed continue to erode.6
While the FA is essentially powerless to prevent a footballer holding an EU passport from working in England, to compensate, it imposes strict requirements on non-EU footballers. England’s work permit regulations are far more restrictive than any of the major footballing countries in Europe, and this is partly influenced by factors outside of sport.7 The growing national concern that free movement will lead to mass migration to the UK and lead to an adverse affect on both the labour market and the economy in general has permeated the highest levels of the FA and has had a trickle-down effect on football work permits.8
As an example of how work permit restrictions have been tightened in recent years, in November 2012, the Home Office announced that footballers (and sportspeople in general) would no longer be able to secure a work permit under the Tier 1 (Investor) visa.9 Prior to this change in policy, non-EU footballers had been able to avoid the requirement of being endorsed by the FA if said footballer committed to investing £1 million in the UK.10
The FA Chairman, Greg Dyke, went further in his speech on 4 September 2013 arguing that the steady decline of English players competing in the Premier League is adversely affecting England’s footballing success at the international level. Dyke stated that “we should also examine how the current work permit system operates and we should review the loan system to see if it can be made more effective in terms of developing players.”11 Dyke notes that around thirty per cent of the players who received work permits during the summer of 2013 “did not meet the standard criteria,” and likely had to secure the work permit via appeal.12
There is an independent panel that is specifically tasked with hearing work permit appeals from non-European footballers and the clubs desiring their services. The nature of the panel and the appeals process will be discussed in a later section of this article.
In May 2014, the FA published a report addressing potential ways to increase the number of English players competing in top-division English football.13 As part of this report, the work permit system was examined, and the FA concluded that the system does not “successfully limit the number of non-EU players being allowed into England to those of exceptional talent.”14 The FA declared: “the current automatic criteria must be changed so they are strict enough to limit those entering the UK to truly exceptional players of the highest calibre.”15
Dyke and The FA are essentially arguing that the influx of foreign players in the Premier League is hampering the development of young English players. While free movement allows English players to play in other European leagues without being subjected to work permit requirements, very few actually do so. In fact, as of March 2014, only four English players were playing in one of the other four “Big Five” European leagues (Bundesliga, La Liga, Serie A, and Ligue 1). Further, of the thirty-seven players used by Roy Hodgson during England’s 2014 World Cup Qualifying matches, every player came from one of nine Premier League clubs.16
As of March 2014, Premier League clubs have fielded, on average, 1.6 non-European players per club, the fewest of the “Big Five” leagues.17 For reference, Serie A averages 3.2 non-European players per club, La Liga averages 2.5, Ligue 1 averages 2.4, and the Bundesliga averages 1.7.18 The small number of non-European players in the Premier League is punctuated by the fact that the Premier League actually fields the most foreign players out of the “big five.” On average, Premier League clubs field 7 foreign players, compared to 5.9 in Serie A, 4.6 in the Bundesliga, 4.2 in La Liga, and 3.6 in Ligue 1.19 Percentage-wise, therefore, only 23% of foreign players in the Premier League come from outside Europe. This is in stark contrast to the 69% in La Liga, 67% in Ligue 1, 54% in Serie A, and 37% in the Bundesliga.