How do you execute a World Cup construction project? 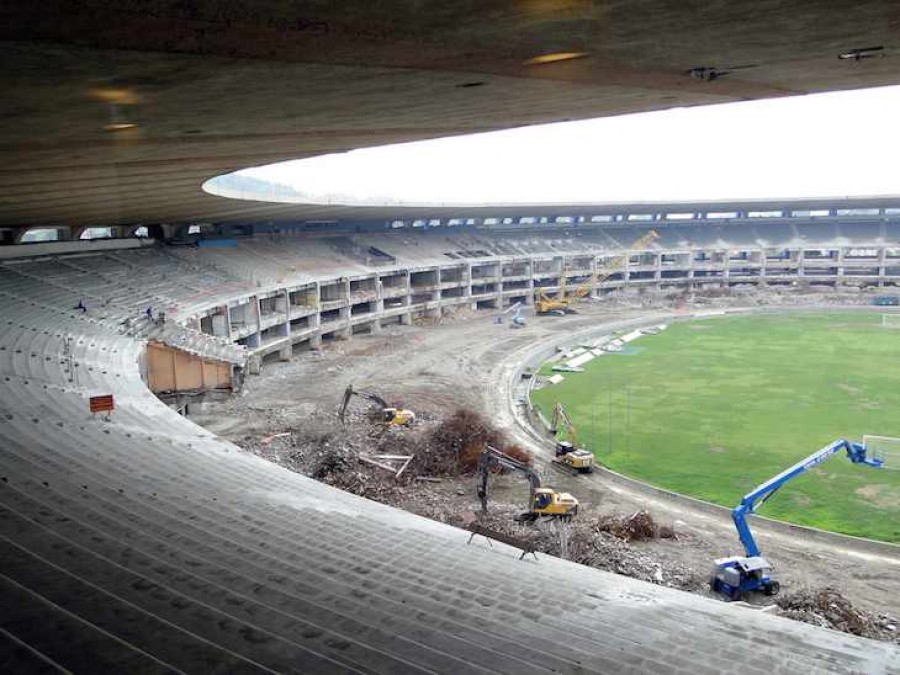 On 11 June 2010, Steven Pienaar stepped onto the pitch at Soccer City, Johannesburg, for the hosts South Africa in the first game of the 2010 World Cup against Mexico.

The 2010 World Cup was the first World Cup to be hosted on the African continent and, in addition to the USD 1.3 Billion invested by FIFA1 (the world football governing body), required the capital investment of USD 1.1 Billion for the construction of 5 new stadiums, the refurbishment and upgrade of another 5 existing stadiums, and an additional investment of $1.7 billion in the development of South Africa's transport infrastructure by the South African government2.

While the first game marked the beginning of the 2010 World Cup, it additionally marked the culmination of the 'concept design-to-occupation3' phase of a total $3.3 billion capital investment by the South African government that - despite FIFA's official award of the competition to South Africa in 2004 - had begun with South Africa's initial (and ill-fated) candidacy for the 2006 FIFA World Cup in the late 1990's.  Indeed, it seemed fitting that, in light of this construction, Steven Pienaar crouched in the centre circle - amidst the roar of 85,000 jubilant fans and the cacophonous drone of their vuvuzelas - and his teammates placed their hands on his head in a display of simple thanks at the completion of this phase of the momentous project.

On the 12 June, Brazil opened the 2014 World Cup in Sao Paulo against Croatia and the celebrations were no less raucous. Early predictions suggest that the cost of the ‘concept design-to-occupation’ phase has been the most expensive in tournament history, although at this early juncture it is still not possible to assess the total cost.  However, we can say: 5 new stadiums were built; 1 stadium was demolished and rebuilt; and 6 stadiums were refurbished and retrofitted for the tournament.

In the context of the World Cup, specifically 2014, this article examines, in three parts, three common themes for large-scale stadium construction projects:

In examining the 2014 World Cup, we will also try to identify trends that are likely to apply to the forthcoming World Cups: Russia 2018 and Qatar 2022.

Procurement: how are large-scale works procured?

The 2014 World Cup witnessed the use of increasingly sophisticated methods to procure the contracts for the necessary works.  Whilst the procuring entity (the “Employer”) varied from the Brazilian national government to local municipalities and football teams, two principle procurement methods were adopted: ‘Design-Bid-Build’ and ‘Design and Build’.

Under a 'Design-Bid-Build' arrangement, the Employer will first procure the design element(s) for the required work from one or more professional consultants (“Consultant”); and then, once the design is procured, issue a tender requesting bids or offers for the construction of the design by a separate contractor (“Contractor”).

For example, Corinthians FC procured the concept design for Arena de São Paulo from local architects Anibal Coutinho, whom partnered with, amongst others, the German consultancy Werner Sobek4 for the provision of structural engineering services.  Corinthians then separately tendered the construction package to build the design for the stadium, which was won by Odebrecht5.

The issue for the Employer, Corinthians, under this arrangement, however, was that they did not have a single point of contact for the execution of the project.  As is apparent, under 'design-bid-build' arrangements, the Consultant(s) and Contractor do not have privity of contract, and any obligations that one might have toward the other pass through the Employer.

A ‘Design-Bid-Build’ arrangement adds to the administrative burden of the Consultant, and to the complexity of apportionment of liability for delays between the Employer and the various Contractors.  Accordingly, the risk profile for the Employer is higher.

'Design and build’, at its most basic, refers to an arrangement whereby the Employer enters into a sole contract with one party tasked to undertake both the design elements and construction work required for the given project.

For example, the aforementioned Arena de São Paulo contains the world's largest LED stadium screen. This LED screen, and all other lighting, was designed by OSRAM6, a German lighting specialist, and then installed by Siteco7, a subsidiary company of OSRAM’s.

Accordingly, under this ‘Design and Build’ arrangement, the Employer, Corinthians, had a single point of contact for the construction of the LED screen and stadium lighting.  Here, OSRAM assumed full liability for the design and construction work involved in the construction and installation of the LED screen and stadium lighting.  This method of procurement decreases the administrative burden and relative complexity for the Employer, lowering the risk profile.

John Shenton is Consultancy Contract Specialist at Khatib & Alami CEC. This follows an exhaustive few years handling a mix of contentious and non-contentious work arising from construction for the energy sector, the management of claims for a high volume of fast-track fit-out contracts, and the incorporation in 2011 of an offshore consultancy - as sole proprietor - that evolved into a partnership that manages the process groups for an international portfolio of projects that incorporate complex design and engineering works. Highlights include the National Stadium in Addis Ababa.