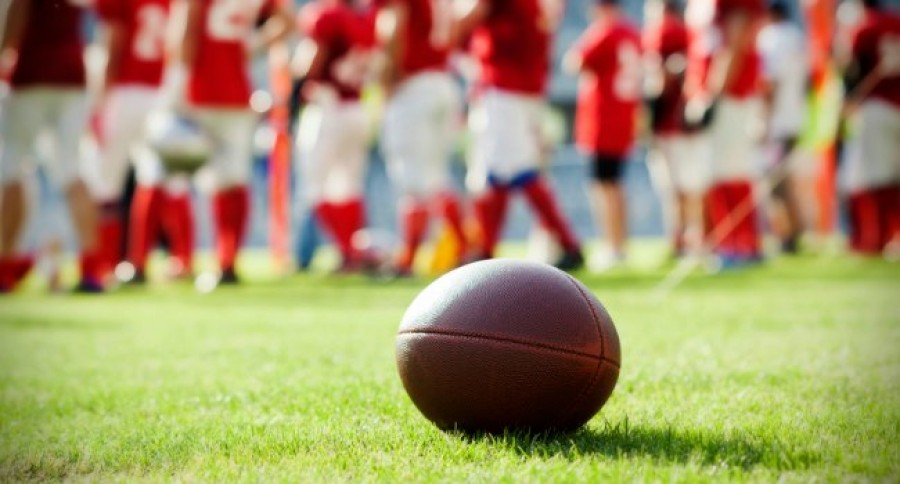 This article provides a broad overview of team sports - non-labor matters in the United States of America between May 2015 to May 2016. The content of this article originates from the presentation by Professor Matt Mitten at the annual conference of the Sports Lawyers Association ("SLA") in Los Angeles in May 2016.

For the ease of our readers we have broken down each topic presented by Prof Mitten into a series of articles. The the full update covers the following topics:

The SLA, a non-profit, international, professional organization whose common goal is the understanding, advancement and ethical practice of sports law. Each year in May the SLA hosts an Annual Conference at which the above topics are presented and debated.

LawInSport would like to thank the SLA and in particular Prof. Mitten for permitting the republication of this work.

NASCAR is turning to a Charter system to their ownership structure. NASCAR Chairman & CEO Brian France announced the long-term agreement stating that the aim is to increase team value and sustainability for owners competing in NASCAR’s top series. France stated that “[t]he Charter agreements provide nine years of stability for NASCAR and the teams to focus on the growth initiatives together with our track partners, auto manufacturers, drivers and sponsors.” NASCAR has provided 36 teams with Charters which allow for entry into each of the leagues 36 scoring events. Charters were distributed based on the participation of teams from 2013 to July of 2015. Any additional spots, currently four, will be available to non-Chartered cars through the qualifying procedures currently outlined in the 2016 NASCAR Sprint Cup Series Rule Book. Due to the changes, NASCAR races will host a field of 40 racers. Owners have been pushing for a Charter system for some time. The system should provide stability for the racing teams due to their ability to guarantee sponsors and other team personnel and partners of the teams participation in races for a certain about of time. One feature of the Charter system, is that Charters will be transferable. Along with the Charter system, part of the agreement includes to creation of the Team Owner Council. The Team Owner Council is “a non-voting entity which will have input into competitive and marketing matters going forward.” The following teams have received Charters:

First Lawsuit Involving Charter System (have not found case number; N.C. 2016) The first lawsuit involving NASCAR’s new charter system was filed by Mike Hillman, owner of the No. 40 car, against Circle Sport Leavine Family Racing and Joe Falk. Hillman claims that he own the carter that belongs to the No. 95 car. The defendants claim that Falk, who is the No. 33 car’s listed owner agreed to merge with Leavine Family Racing prior to the 2016 season. The defendants claim that this merger allowed the charter bestowed to the No. 33 vehicle to be granted to the No. 95 vehicle. Hillman and Falk were former business associates that ran the No. 40 and the No. 33 cars. Hillman claims Falk did not perform as a partner when they managed the two vehicles. In addition, Hillman stated that Falk merged with Leavine Family Racing without his knowledge. The complaint gives insight into how much it costs for owner points under the old system. The two former associates bought owner points “from Richard Childress Racing for $100,000 in 2012 after the Texas race because the car was not in the top 35 in points.” (Yahoo.com 3.22.16)

The St. Louis Cardinals are being investigated by the F.B.I and the Justice Department for allegedly hacking into the internal network of the Houston Astros to acquire private information about player personnel. Evidence has been found that Cardinals officials hacked into the network of the Astros’ private special databases. Information about trade discussion, statistics, and scouting reports were acquired. This is believed to be the first illegal hacking incident involving professional sports franchises. (NY Times 6.16.15).

It has been reported that the Cardinals have potentially been accessing the Astros’ database since 2012. (SBD 6.19.15).

The individual at the head of the St. Louis Cardinals/Houston Astros hacking scandal has pled guilty. Chris Correa, the former Cardinals scouting director, plead guilty in Texas on January 8 to five criminal counts of unauthorized access of a protected computer for unlawfully accessing information of the Houston Astros. Correa gained access to the Astros’ computers and employees to obtain information on their scouting and draft plans. Correa was able to hack into the Astros’ systems by using old password, or variations of old passwords, of former Cardinals employees who had gone from the Cardinals’ front office to the Astros’ front office. The hacking began after the Astros hired Jeff Lubnow from the Cardinals in 2011. Each charge held a maximum sentence of five years in prison if Correa had been found guilty, but prosecutors agreed to let him serve his sentence consecutively. The prosecutors agreed to not contest Correa’s request for minor punishment at his sentencing hearing in April. (Law 360 1.8.16).

An Al Jazeera report alleged that several prominent professional athletes were supplied with illegal performance-enhancing drugs by the Guyer Institute, an Indianapolis anti-aging clinic, including Peyton Manning who allegedly was provided with human growth hormone while recovering from neck surgery. Charlie Sly, who was identified in the Al Jazeera documentary as the Guyer Institute pharmacist who made these assertions, subsequently recanted them. Manning vehemently denied ever being supplied with or using human growth hormone. Other athletes named in the report have sued Al Jazeera for defamation, claiming it knowingly aired statements that were incorrect to help boost ratings and that the network recklessly ignored all indicators pointing out the lack of credibility of the reporting, which constitute libel and false light invasion of privacy.

StubHub sued the Golden State Warriors and Ticketmaster, alleging they illegally forced Warriors season ticket holders to only use a Ticketmaster subsidiary when reselling their tickets in violation of Sections 1 and 2 of the Sherman Act and California law. On November 5, 2015, U.S. District Judge Maxine M. Chesney disagreed with StubHub’s claim that the primary and secondary markets for Warriors tickets are two separate markets that are tied together and dismissed the lawsuit. An appeal is pending before the Ninth Circuit.

Minnesota Timberwolves season ticket holders are bringing a lawsuit against the club, alleging it changed to a paperless ticket format without notice in violation of federal antitrust law by setting resale market prices and restricting their ability to resell their tickets. The Timberwolves allegedly establish a minimum resale price of 75 percent of the ticket’s original value (face value) when season ticketholders attempt to sell their tickets on the secondary ticket market, which effectively prevents them from reselling their tickets because there is little demand for tickets at the fixed minimum. (Law 360 3.7.16)

The New York Attorney General (NYAG) issued a 2015 report regarding  ticketing practices due to several complaints by New York citizens who were unable to purchase tickets to concerts and sporting events on the primary market, but can only purchase them on the secondary market for a markup. In 2007, New York repealed its anti-scalping laws, which led to a growth of the secondary ticket market in the state. The report found that a majority of ticket brokers hold half of the available tickets for a variety of reasons, which lead to difficulties acquiring a ticket. The report also found that ticket brokers use inside information and illegal software known as “bots” to purchase tickets. An issue raised by the NYAG was incoherent service fees that increased the cost of tickets. In New York, vendors cannot add fees to the price of tickets unless they provide some “’special service’ and are ‘reasonable.’” The NYAG was unable to find why many of the services fees cost as much as they did. The NYAG found that the average service fee charged by a ticketing vendor was approximately 21% of the total face value of the ticket. Finally, the NYAG found that a number of ticketing vendors implemented price floors on their secondary tickets and that many tickets were only available on a sole secondary ticket provider. The NYAG stated that the combination of a sole secondary ticket provider along with exorbitant service charges, there could be abuse of monopoly power (the report singled out sports venues for this practice). The NYAG made a number of recommendations for ticket providers and vendors. The NYAG recommended that ticketing vendors oversee their operations, ensure they comply with the law, and that ticket providers should increase transparency on how many tickets are allowed to a buyer and the limits regarding ticket purchasing. In addition, the NYAG urged online ticket vendors and providers to do something to prevent the ability of bots to purchase tickets. Finally, the NYAG stated that the New York Legislature should enact legislation to regulate the ticket resale industry that protects consumers.

New York Attorney General Eric Schneiderman is reportedly investigating whether the NFL’s pricing rules for ticket resales are illegal. The NFL encourages the league to resell their tickets on the NFL Ticket Exchange, which is operated by Ticketmaster and prevents tickets from being resold for below the value listed on the ticket. The investigation will focus on determining if the NFL is setting a minimum price on resold tickets to ensure they are not sold for less than a set value. There is concern that fans have been discouraged from using any other secondary ticket resale forum, and some professional teams even threaten to take season ticket holders tickets away if they sell on any other secondary ticket platform other than the NFL Ticket Exchange.

A Minnesota Court of Appeals determined that the NFL can ban off-duty officers from bringing guns into stadiums on game days, holding that doing so does not violate the Citizens’ Personal Protection Act (PPA). Thus far, Minnesota is the only state in which the NFL’s ban has been challenged. (DR 8.18.15)

On December 14, 2015, MLB Commissioner Manfred denied Pete Rose’s request for reinstatement from the Ineligible List, thereby continuing his ineligibility to be elected to baseball’s Hall of Fame. Manfred written decision stated “In short, Mr. Rose has not presented credible evidence of a reconfigured life either by an honest acceptance by him of his wrongdoing ... or by a rigorous, self-aware and sustained program of avoidance by him of all the circumstances that led to his permanent ineligibility in 1989.” Allowing Rose to work in the game “presents an unacceptable risk” that he might again bet on the sport, a strict violation of baseball’s rules. (MLB Press Release 12.14.15)

The Third Circuit ruled against the plaintiffs, two New Jersey football fans who claimed the NFL violated state law by not offering a sufficient amount of Super Bowl tickets (i.e., no more than 1%) to the public, which alleged significantly increased their cost to the public. The Third Circuit dismissed the case “for lack of standing since the higher price Finkelman paid could not be traced to the NFL’s policies.”