For the love of sport: The fight against corruption needs to start young 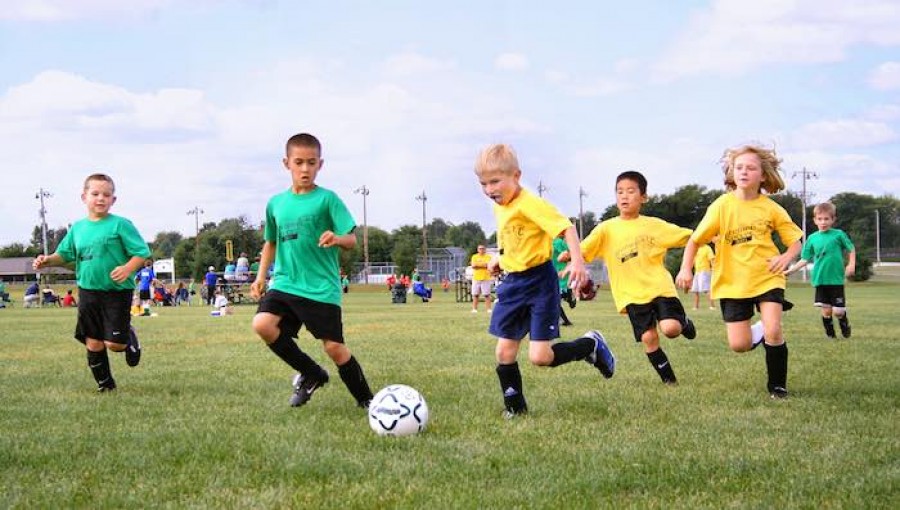 The current crop of professional sportsmen and women are a lost generation from an integrity point of view.  Let me explain – by the time an athlete is old and skilled enough to become a professional, their values are set; they are either corruptible or they are not. The only thing a sport and society can do is to ensure that the risk assessment carried out by the corruptible comes out in favour of not cheating.

This involves strong regulations, good monitoring and investigating, enforcement and, most importantly, education. If all these combine to good effect, a sport stands a chance of lowering the occurrence and desire to facilitate and encourage manipulation. If a sport does not have these measures (all of them) and there’s a betting market on that sport, I guarantee someone is trying to fix it and a participant is very likely to be manipulating it one way or another as we speak.

I can hear the howls of denial as we speak: “Not in my sport.” “Our athletes are gentlemen; they call their own fouls.” “Our athletes earn too much money to be interested in match-fixing.” All statements rooted in naivety and delusion.

There is a long-term solution, however, but it requires commitment, resources, patience and a long term vision; not a quality enormously prevalent in professional sport anywhere in the world.

“Give me a child until he is seven and I will give you the man” is a quote filled with all sorts of sinister connotations, but it does have the merit of recognising that the formative years of a child are key to determining what sort of person he or she is likely to become and, in particular, what values they will have.

Values are important – that’s not as trite a statement as it sounds. The premise of this article is that long-term success in the fight against corruption depends on the values held by the young men and women coming into sport at elite level in the future. The values of the current generation are fixed – they are either corrupt/corruptible or they are not – we are not capable of instilling values into the current generation; hence my assertion that they are the lost generation. To improve the integrity of sport we need to instil the correct values in the sportsmen and women of the future so they are incorruptible.

It is widely acknowledged that corruption – match and spot fixing primarily – is a great threat, possibly the greatest threat, to the integrity of sport. Doping too, of course, is also a problem. The dangers of loss of integrity in sport have been well rehearsed and it is neither melodramatic nor sensationalist to assert that any sports’ or athletes loss of public trust can be catastrophic to its, his or her future. People have to believe that what they’re doing or watching is fair and uncorrupted – the contest of people doing their very best with no other purpose than winning. It can be more nuanced than that in certain “sportainment” spheres or where a competition format lends itself to manipulation to ensure greater gains further through a tournament (eg the badminton deliberate losses in the 2012 London Games aimed at avoiding more testing opponents in the knock out stage 1), but, broadly, it is a pretty simple issue: Is everyone involved doing their best to win within the rules of the sport? If the answer is “no” then there is a problem.

Anti-corruption efforts in sport vary dramatically from sport to sport and region to region, but it is fair to say that it is almost exclusively focussed on current participants and the higher end of each sport. There are generally four key elements to the way sports deal with the threat of corruption:


If we accept that, broadly, the 20/60/20 principle applies to elite athletes (ie that 20% will cheat, 20% will never cheat and that the middle 60% may cheat depending on the circumstances 2), sport is faced with three distinct tasks: First, catch the 20% that will cheat and reduce their opportunity; and, second, target harden your sport so that the vulnerable 60% when asking the question “should I cheat?” when offered an incentive to do so, decide not to because the risk versus reward ratio is too strongly biased towards risk.

Of course, this is easier said than done, but the hardest part appears to be for most sports to admit that they may have a problem and to begin addressing it. Once you acknowledge the need, good governance should lead to good outcomes. It takes a lot of work, but it can be done as sports like cricket, tennis and snooker have found 3. It was unfortunate that it took match-fixing scandals to wake those sports up to the danger, but it was ever thus 4. Every sport that has not taken these steps is simply a scandal waiting to happen… it is a question of when, not if.

"Sport can do more by addressing the problem at source"

So what am I bleating on about? My point is that sport can and should be doing more – it should be addressing the problem at source. I do not want to appear simplistic. It is, of course, true that the root of the problem is betting fraud and that is largely driven by the enormous illegal gambling industry and its indisputable links to organised crime and money laundering. This is a global governmental, social policy and law enforcement issue, but that puts that aspect of it beyond of this humble article. It is, however, also society’s problem and sport is an integral part of society and the principle victim of sports corruption. I’m talking about the root of sport – young participants starting out on the parks, playing and school fields of the world. So, what can sport do that it is not already doing?

Sport can rediscover its values and teach them to young people throughout the world. It can articulate what constitutes the core values of sports integrity and it can make those general values specific to their particular sport and ensure that every one of a sports’ young participants learns and lives up to those values, united to their friends and opponents by a common set of core values, whatever sport they’re playing.

So, let us say we define what sports’ core values are (or what they ought to be). My starter for ten would be: fairness, respect for the opponent and the referee and abiding unswervingly and unstintingly by the law, rules and spirit of our chosen sport. That must apply to all sports, right? Then, let us attach a name, a tagline, for our notion of what the core values of sports integrity are or ought to be; say “ForTheLoveOfSport” or something like that (I’m not a branding expert), but something that can resonate across borders, cultures and sports and is easily translated. Then let us ask each sport to begin coaching that tagline and what it means to every kid entering the sport at any level. Let it be the first thing they learn – the “this is what our sport is about” talk. Lesson ONE - Here are the core values that apply to all sports and this is what that means in our sport.

Naturally this has to be backed up and repeated and lived in that sporting environment for it to mean anything – the coaches, the referees and the parents have to be consistent. The example set by the adult players and the elite at the top of the game have to embody those values (that’s the really hard bit for most sports – imagine footballers not confronting referees, not diving, being honest about whether their hand touched the ball… imagine international cricketers walking when they nick it… imagine cyclists not taking PEDs…). Parents can’t scream at officials from the touchline… it’s a brave new world I’m advocating, but it is possible, over time, that a generation will grow up believing that sport has core values and living up to those and that will mean it is harder and harder for corrupt people to affect our sport and corrupt its participants.

This is a long-term vision and one that needs a champion – a high profile individual or organisation to drive it – it could take a decade or more to gain true traction, but wouldn’t it be worth it? We could start small in one sport in one country and work outwards from there, but I’m convinced we need to start or we are bound to find the fight for sports soul remains one of pragmatism, laws, rules, investigations, risk assessments and increasingly draconian, but ultimately ineffective, deterrence for each new generation of elite athletes. Imagine a world where kids all over the world in all sports call each other out for cheating (in any way) with the phrase “hey, that’s not for the love of the sport!” (or whatever – I repeat, I’m no branding expert). Aren’t those kids likely to grow up less corruptible than the lost generation?