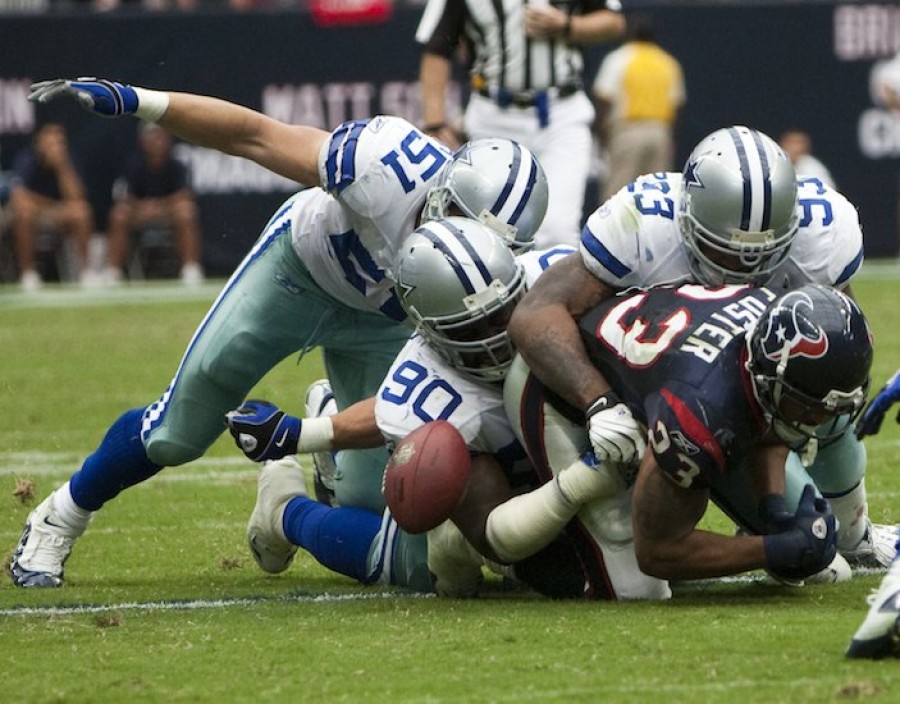 Welcome to March Madness. The month of the year when college basketball in the United States takes over television and the sporting world.

The National Collegiate Athletic Association (NCAA) basketball tournament, which features 68 teams, playing games all across the country over a three week period. To illustrate how pervasive the NCAA basketball tournament is, in March 2013, Las Vegas saw the highest total visitors with an estimated $200 million in revenue generate from sports betting during the NCAA tournament.1 The NCAA tournament is not just for gamblers and passionate sports fans, however. Paying a few bucks and filling out an NCAA bracket has become an annual workplace lottery. It has become so ingrained in American cultural that for the last six years, President Obama has filled out an NCAA tournament bracket on national television. This year, Quicken Loans and Warren Buffett offered $1 billion to anyone who could perfectly predict the winner of all the tournament games.

However, while the NCAA and college sports should be basking in March Madness and the popularity of the tournament, these are uneasy times for the NCAA. On March 17, 2014, a lawsuit was filed against the NCAA and the so-called five big conferences in federal court claiming that they were an unlawful cartel that violated federal antitrust laws by illegally restricting the earning power of football and men's basketball players while making billions off their labor. In addition to the lawsuit filed on March 17, the NCAA is also facing a similar antitrust suit by a former West Virginia football player. As well as an attempt by group of football players at Northwestern University who have filed papers to form what would be the first college athletes' union in U.S. history.

However, the biggest threat facing the NCAA and college sports and a case that is being closely watched by sports lawyers and college administrators all over the United States, due to the implications it could potentially have on the future of college athletics, is the legal battle involving Ed O'Bannon, Sam Keller and a group of former and current Division I men's basketball and football players against the NCAA. To those unfamiliar with the case, in 2009, Ed O'Bannon, who played for the UCLA basketball team from 1991 – 1995, filed an antitrust lawsuit on behalf of current and former Division I football and basketball players against the NCAA, Electronic Arts Sports (EA Sports) and Collegiate Licensing Company over their use of the players' images for commercial purposes in EA Sports NCAA Basketball and football video games. In a separate and concurrent suit, Sam Keller, who played college football at the University of Nebraska and Arizona State University from 2003 - 2007 filed a lawsuit against the NCAA, EA Sports and Collegiate Licensing Company claiming that they had misappropriated his image in EA Sports NCAA Football video game. In particular, both O'Bannon and Keller claimed that the characteristics of the players in the video games essentially mirrored theirs and those of other actual college athletes, violating their right of publicities and image rights. In addition to seeking damages from the video games, the O'Bannon lawsuit also claimed that the NCAA's conduct violated Federal Antitrust law. The two lawsuits were eventually combined into one, with additional former and at least five current players being added to the suit. As a result, the case has now morphed from one focused almost exclusively on the image rights of the colleges athletes in featured in the video games, into one where, because their likenesses are used in television broadcasts, college athletes are seeking to be paid and to share in the $10.8 billion dollars the NCAA and colleges earn in television, internet and wireless rights from CBS Sports and Turner Broadcasting System, Inc., to present the Division I Men's Basketball Championship (see previous article).