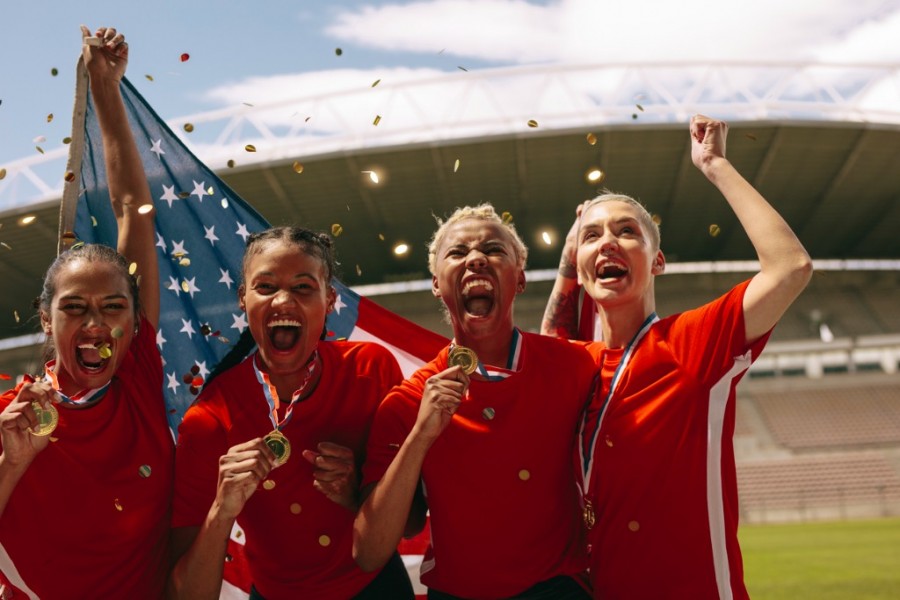 The labor structure of Women’s Soccer in the United States has been a subject of controversy and scrutiny since the members of the US Women’s National Team (USWNT) began to advocate for equal labor conditions to their male counterparts.[1]

Recently, the USWNT has been locked in a legal battle[2] with the US Soccer Federation (USSF) over the terms of its Collective Bargaining Agreement (CBA), the current (2017) version[3] of which expires at the end of 2021.  Unlike the US Men’s national team’s labor agreement, which allows for steep appearance and performance related bonuses, the bulk of income from the USSF to USWNT players comes in the form of annual (somewhat guaranteed) salaries.  The USWNT claims these standards are unequal, and that they should be granted both the same bonus structure as the men and —possibly more importantly to the USWNT— an equal distribution for prize money for winning the FIFA World Cup, totaling their demand for damages from the suit to around $66 Million.  For their part the USSF, for the purposes of settling the suit, have offered women the same pay structure as the men, however they contend that as the FIFA prize money is structured and distributed by the international federation, they have no control over those payments and should not be required to make up the difference[4].

Concurrently, the National Women’s Soccer League’s (NWSL) current labor arrangement has fallen under legal scrutiny by US courts.[5]  While many USWNT players are in the NWSL and therefore have already a collectively-bargained labor arrangement, most NWSL players have not. NWSL players not subject to the USWNT CBA have therefore organized their own union, and begun a collective bargaining process earlier this year.[6]  Like most American sports-related collective bargaining processes their main point of concern centers on protecting minimum labor conditions, and improving club investment in player-related expenses, although other issues, like minimum player ages have also come to the forefront as of late.

This article explains the interlinked labor structure of the USWNT and the NWSL.  Specifically, it looks at: