U.S. sanctions and sports how judo became part of hockey and soccer moves 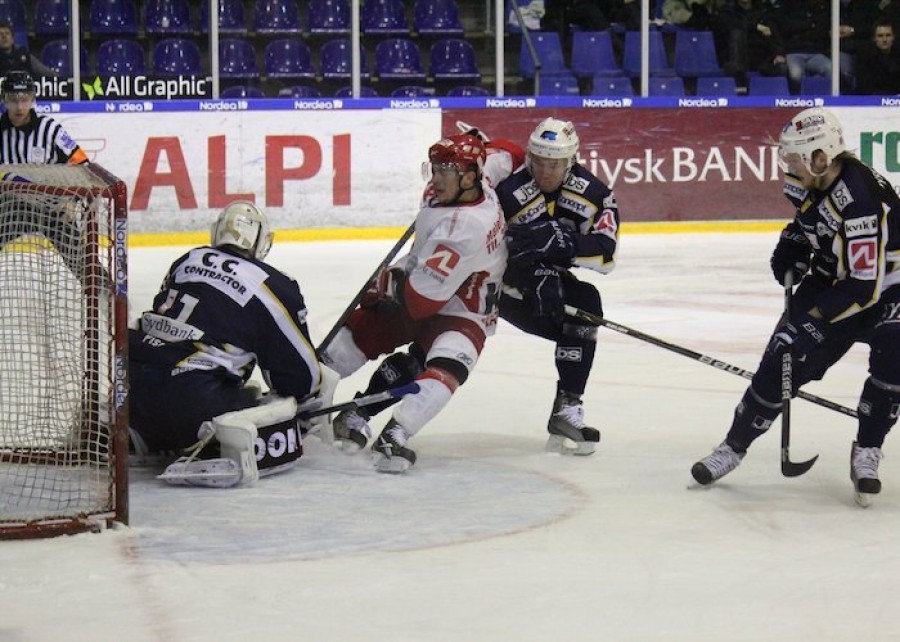 On March 20, 2014, the United States imposed sanctions on three Russian billionaires, all of whom are reportedly former judo partners of Vladimir Putin1. But it is their leadership positions in major hockey organizations that threaten to flip the hockey world upside down.

Putin’s judo sparring partners subject to U.S. sanctions include: Gennady Timchenko, the Chairman of the board of the Kontinental Hockey League (KHL) and president of SKA St. Petersburg hockey club; Arkady Rotenberg, president of Dynamo Moscow hockey club; and his brother Boris Rotenberg, president of Dynamo Moscow football (soccer) club.  Timchenko and the Rotenbergs also own a joint stake in Finnish hockey team Jokerit, which is slated to join the KHL in the 2014-2015 season. Although their titles do not prove they own or control a majority of these hockey leagues or hockey and soccer clubs, their leadership roles certainly suggest that these organizations may potentially be affected by the sanctions.

Canada has also blocked these three men2. The EU’s current sanctions list does not (as of May 1, 2014) include any of them3. A current list of the U.S., EU, and Canadian sanctions appears here.  Note, however, that additional sanctions may be imposed by the U.S. or other countries at any time.

Americans and Canadians in the KHL and Jokerit

It is not uncommon for hockey players of many nationalities to play for teams in different countries. This season, 20 Americans and 67 Canadians have played in the Kontinental Hockey League. No Americans play for the hockey clubs Dynamo Moscow or SKA St. Petersburg. No Canadians play for Dynamo Moscow, but one Canadian plays for SKA St. Petersburg. In addition, two Americans and two Canadians currently play for team Jokerit. It is worth noting that regardless of a person’s nationality, a permanent resident of the U.S. (i.e. anyone with a “green card”) is treated as a “U.S. person” who must comply with U.S. economic sanctions wherever they may be in the world.

NHL Players Who Have Played for Potentially Affected Teams

What the Sanctions Do

This means that any person in the United States and all U.S. citizens, permanent residents, and U.S. entities (including foreign branches) are prohibited from engaging in any transactions with Timchenko, the Rotenbergs, and any organization in which they have a 50% or more ownership interest5.

Right now, the sanctions are based on ownership. Whether the teams (or the KHL, for that matter) could be considered directly or indirectly owned by the blocked persons and thus automatically blocked requires a further, fact-specific analysis.

But even if the teams or leagues (and their stadiums or other facilities) are not actually 50% or more owned by sanctioned persons, the KHL, SKA St. Petersburg, Dynamo Moscow, and Jokerit could be considered to be controlled by the blocked persons. This means that the teams or leagues could be subject to future sanctions. It also means U.S. regulators could consider certain transactions with these organizations to be indirect transactions with the blocked persons, which are also prohibited. (This might happen, for example, if the organization is seen as a middleman for the transaction)6.

U.S. banks might block and/or freeze payments from or to these organizations and review them carefully for compliance with the sanctions laws. Once payments are frozen, considerable time and effort are needed to resolve whether repayment is possible.

However, someone wishing to engage in a transaction with a blocked person or entity can apply for a license from the U.S. government to permit the transaction under certain circumstances.

The sanctions on Timchenko and the Rotenbergs were first tested in early April 2014, when it was reported that Live Nation, the promoter of Miley Cyrus’ and Justin Timberlake’s upcoming, sellout concerts in at Hartwall Arena in Helsinki, Finland might be barred from completing any financial transactions with the arena unless it received a license from the U.S. Treasury Department’s Office of Foreign Assets Control (OFAC). Hartwall Arena is reportedly owned by Arena Events OY, of which Gennady Timchenko owns 50% and Arkady and Boris Rotenberg each own 25%8. Team Jokerit plays at Hartwall Arena.

Within the next few days, however, the concert promoter stated that U.S. officials had indicated that the sanctions would not prevent the concerts from going ahead. It is unclear whether the promoter was issued a license or simply received a guidance letter from the U.S. government providing them the comfort to proceed with the concertss9.

The United States has continued to expand its sanctions, blocking more persons as well as the entities they own or control. On April 28, 2014, a little over a month after Timchenko and the Rotnebergs were blocked, the United States imposed sanctions on 14 different entities owned or controlled by Timchenko or the Rotenbergs. These entities were as diverse as banks, energy construction contracting companies, investment groups, and a mineral water and soft drink company10. Some of these entities are even located outside of Russia11.

The U.S. Government treats violations of the sanctions laws very seriously. A single violation under most U.S. sanctions programs can result in up to 20 years in prison, criminal fines of up to $1 million, and civil penalties of up to $250,000 or twice the amount of the relevant transaction12. Moreover, the civil violations are subject to a strict liability standard under which an unintentional or unknowing violation can result in heavy penalties.

Why Timchenko and the Rotenbergs Were Named for Sanctions

According to a U.S. Treasury Department press release, the United States named Timchenko and the Rotenberg brothers for sanctions because they are members of Putin’s “inner circle.”13 They have reportedly remained close with Putin since their judo sparring days, and their business activities have reportedly been linked to Putin.

According to the Treasury Department, Timchenko is the founder of Gunvor, one of the world’s largest oil and energy commodity trading companies, and the Rotenberg brothers have “provided support to Putin’s pet projects” and have made billions from contracts for Gazprom and the Sochi Olympics (including about $7 billion in contracts for the Sochi Olympics), and the Rotenbergs’ personal wealth has increased by $2.5 billion in just the last two years14.

Other U.S. Sanctions Laws and Sports

This is not the first time that the U.S. sanctions laws and the sports world have collided. Perhaps the most notable example is the U.S. Cuban sanctions laws (see below), which block all Cuban nationals. All U.S. individuals and companies are prohibited from engaging in any transactions with any Cubans, including Cuban athletes such as baseball players and soccer players, unless certain narrow exemptions apply or they get a license.

Under U.S. law, all U.S. individuals and companies are prohibited from engaging in any transactions with any Cubans, including Cuban athletes such as baseball and soccer players, unless certain narrow exemptions apply. All assets, property, and bank accounts of Cuban nationals also are blocked15.

U.S. regulations provide an exemption permitting transactions with certain Cuban nationals who have qualified for a specific or general license from the Treasury Department’s Office of Foreign Assets Control (OFAC) to be “unblocked.”16 Anyone engaging in transactions with Cuban nationals where a license has not been obtained that “unblocks” the individual may face severe criminal and civil fines and imprisonment.

On September 27, 2013, Cuba announced that athletes from all sports will soon be able to sign contracts with foreign leagues, in an apparent effort to prevent Cuban athletes from defecting to other countries. Despite Cuba’s change in policy toward its athletes, their treatment under U.S. sanctions regulations remains unchanged.

The United States has imposed comprehensive and substantial sanctions against Cuba under the Trading With the Enemy Act (which is a different authority than the law authorizing most U.S. sanctions, including the Ukraine-related sanctions)17. Specifically, the sanctions imposed under the Trading With the Enemy Act generally prohibit all persons subject to U.S. jurisdiction (U.S. citizens and residents, persons within the United States, U.S. entities, foreign branches and subsidiaries of U.S. entities, and persons engaging in transactions that involve property subject to the jurisdiction of the United States) from engaging in transactions with Cuban nationals wherever they are located, unless such Cuban nationals have been unblocked or the transaction is otherwise authorized by OFAC18.

Criminal penalties for a violation of the Cuba sanctions regulations are up to 10 years in prison and fines of up to $1,000,000 for corporations and $250,000 for individuals, or twice the amount of the gain or loss from the transaction that led to the violation. Civil penalties of up to $65,000 per violation may also be imposed.19

Once a Cuban national is unblocked, persons subject to U.S. jurisdiction may engage in transactions with that Cuban national, but must maintain full and accurate records of those transactions for five years and, upon request from OFAC, furnish information regarding such transactions21. In addition, unblocked Cuban nationals are deemed “person[s] within the United States” and must comply with the U.S. sanctions regulations22.

In certain circumstances the regulations also permit general licenses — under which certain Cuban nationals are unblocked without the need for a written application to OFAC23. However, reports indicate that the ambiguities with respect to those general licenses have led Major League Baseball to require all Cuban players receive specific unblocking licenses from OFAC before signing with a team.

After the Cuban government’s announcement, the Baseball commissioner’s office stated, “Given that we do not have any details of this change in policy, it would be premature for us to speculate what effect it may have. . . .  MLB and its clubs have and will continue to act in accordance with the laws and policies of the United States government." (Quote from Miami Herald, 9/27/13)

The league has not changed its policy since then24.

Obtaining a specific license in the form of a document from OFAC also has the benefit of giving U.S. entities confidence that the national has been unblocked, which is an important safeguard to all U.S. persons engaging in any transactions with a Cuban national.

The attorneys at Stewart and Stewart have experience with OFAC rules and applications.  Please contact Alan M. Dunn or Jennifer M. Smith if you have any questions.

Disclaimer: This material is for the reader's information only. It is not to be construed as legal advice.

4. U.S. Department of the Treasury, Office of Foreign Assets Control, “Guidance on Entities Owned by Persons Whose Property and Interests in Property Are Blocked”, https://www.treasury.gov/resource-center/sanctions/Documents/licensing_guidance.pdf