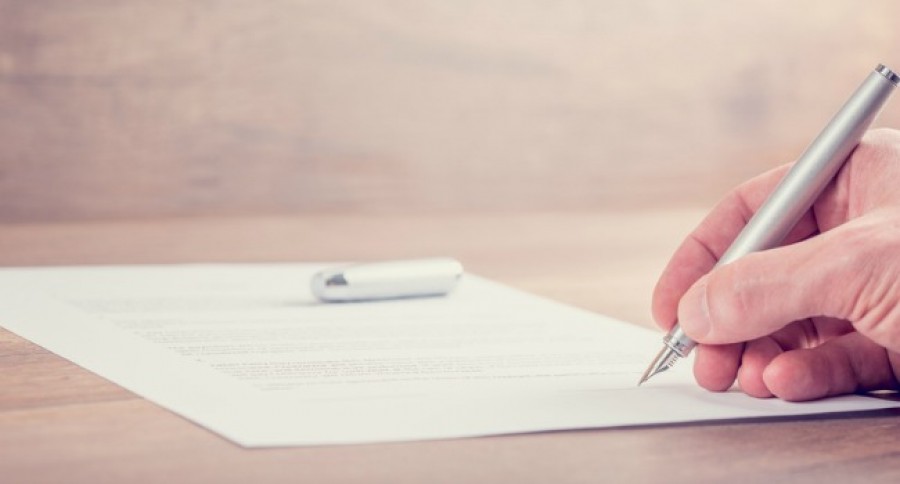 “The plaintiff has signed the arbitration agreement voluntarily. The fact that she acted determined by others since she would not have been able to compete otherwise does not render the agreement invalid”. With this contradictory reasoning, Germany’s Federal Court of Justice (the Budesgerichtshof, “the BGH”) announced its judgment in the much anticipated Pechstein case.2 The BGH held that a clause requiring players ( the term "players" is used in this article to describe sportsmen and sportswomen across sport) charged with anti-doping rule violations to submit to the jurisdiction of the CAS and exclude the jurisdiction of national courts was consensual and lawful, despite the fact that any professional sportsperson who wished to compete was required to agree to that clause.

This article reflects on that judgment. First, briefly considering the role of consent in arbitration and then considering whether it is necessary to require players to consent to sports arbitration. In postulating that effective international sports regulation depends on a compulsory, specialised, centralised system of international dispute resolution, the article suggests reforms to the procedure of both the CAS and domestic sports arbitral bodies in order to promote fairness and impartiality and protect players.

Consent is central to the entire concept of arbitration. It is only following an agreement to arbitrate that parties can exclude the jurisdiction of nat3 There are few exceptions to this rule—even international investment disputes (where there is often no privity of contract between the parties to the arbitration) can only be submitted to arbitration if both parties consent in writing.4 Accordingly, where consent has been compelled (owing to a significant inequality between the parties, for example) how can an arbitration agreement be regarded as valid and enforceable?

So foundational is mutual consent to arbitration that compulsion, or the undue influence of one party over the other, is protected against in a number of statutory regimes. The Arbitration Act 1996, which regulates all arbitrations that have their seat in England and Wales or Northern Ireland, provides that “parties should be free to agree how their disputes are resolved”.5 Party autonomy is one of three general principles that underpins the whole of the Act.6 The Consumer Rights Act 2015, which regulates consumer contracts in the UK, provides that in a contract between a trader and a consumer, a term that “has the object or effect of excluding or hindering the consumer’s right to take legal action or exercise any other legal remedy, in particular by—(a) requiring the consumer to take disputes exclusively to arbitration not covered by legal provisions” shall be presumed unfair and unenforceable.7 It is then for the trader to prove that the contract was fair and did not create a significant imbalance of rights and obligations before the clause can be relied on.8 The Employment Rights Act 1996 (which applies in England, Wales and Scotland) prevents parties to an employment agreement from excluding the provisions of the Act and precluding a person from bringing proceedings under the Act before an employment tribunal.9 Such provisions properly reflect the gravity of an arbitral agreement and guard against parties being forced to surrender their legal rights.

Unequal bargaining positions, however, are not uniformly well-protected against. In an employment relationship, for example—where employees (in the great majority although clearly not all employment contracts) usually depend more on their employer for work and income than the employer does on that individual employee for service and labour—employees are often unable to freely negotiate the terms of their employment contract. And yet, in the USA mandatory (non-negotiable) arbitration agreements are regularly drafted into contracts of employment, which the US Courts regularly uphold.10 Even in the UK, despite legislation preventing employees from contracting out of their statutory rights, there has recently been favourable discussion of the suitability of arbitration to the resolution of employment disputes.11 These mandatory arbitration clauses in employment contracts are concerning, not only because of the unequal bargaining power between (most) employers and employees, but also as employment disputes often concern questions of broad public importance—such as whistle blowing, discrimination and equality—which are better suited to resolution in a public forum with certain statutory and procedural protections available to the parties than a private and procedurally ad hoc arbitration. Nonetheless, even where those mandatory arbitration agreements are upheld in the US, the courts have held that the equalities commission (or similar body) may bring legal proceedings on the employee’s behalf in the national courts.12 In England and Wales, it has been suggested that the protections of the Employment Rights Act 1996 could be incorporated into arbitration agreements in order to protect the employee’s statutory claims.13 Accordingly, even where an arbitration agreement is mandatory, or non-consensual to some degree, the party that has not given free consent should be protected by provisions in the agreement itself, or a system that allows commissions—such as the Equality and Human Rights Commission—to bring claims in domestic courts on their behalf when fundamental rights are infringed.

In that context, the BGH’s ruling that consent that was “determined by others” was nonetheless “voluntary” is surprising. Where there is such a clear imbalance between the parties—where a player depends for their livelihood on being granted permission to compete by their governing body—how can it be said that an arbitration agreement between the player and governing body is freely consented to? And if, as it should, that imbalance gives rise to a concern as to the consensual nature of the agreement then why are players given no protection against unfair agreements? It is on this basis (amongst others) that Ms Pechstein seeks to challenge the BGH decision to the German Federal Constitutional Court.14

However, the case has provoked much broader discussion of and demands for a structural and procedural reform of the CAS.15 Drawing on many of those demands for reform, this article goes on to consider why mandatory arbitration agreements might be necessary in international sports regulation and dispute resolution and, if such coercion is necessary, what reforms may be made to make the system fairer for players.

Shortly before the Pechstein decision, John G Ruggie16 published a report on FIFA and Human Rights.17 Professor Ruggie considered the prohibition of legal claims in sports disputes (that is, mandatory arbitration clauses) to be a “complex issue, especially as it relates to human rights”.18 However, the report dismissed the alternative scenario of resolving disputes in domestic courts as unworkable: it would “wreak havoc on common standards and consistency of application”; it is too time consuming; and it is vulnerable to bias in favour of national clubs or associations.19 The report concluded that mandatory arbitration clauses, despite problems of consent, were the most suitable dispute resolution procedure in the context of international sport. But the report also made quite clear that FIFA needed to strive to make those tribunals human rights compliant: “if an arbitration system is going to deal effectively with human rights-related complaints, it needs certain procedural and substantive protections to be able to deliver on that promise”.20

Those observations are relevant to arbitration in all sporting fields. As Professor Ruggie identified, the alternative to international sports arbitration is resolution of those disputes in domestic courts. There are obvious disadvantages to this. Litigation would often take longer and cost more than arbitration and the courts, as non-specialist tribunals, would not be well-placed to resolve these specialised disputes. These disadvantages could be partly overcome by the creation of a system of national sports tribunals with specialist judges and expedited procedures. However, such a system would be expensive and time-consuming to implement and would remain ill-placed to accommodate the inherent internationalism of these disputes—the application of international rules to players in international competitions—and would make consistent decision making and the development of common standards extremely difficult.

It is precisely for these policy reasons that the BGH dismissed Pechstein’s case finding, “[T]he benefits related to single international Arbitration such as harmonized standards and rapid decisions apply not only for federations but also for athletes.”21 Other learned authors have recognised the “myth of consensual arbitration” in sport;22 the reality is that reasons of sporting necessity require a compulsory international system of alternative dispute resolution supported by arbitral law. Whilst this article accepts this necessity on policy grounds, and goes on to set out the reforms to sports arbitration that should reflect its hybrid role, it must remain open to players to consider further challenges, in different jurisdictions, to the validity of compelled arbitral clauses in sports contracts on grounds of fundamental principle, as and when the appropriate case arises.

What is required, in this hybrid system of compelled consent, is reform of the CAS and other arbitral bodies to increase transparency and fairness. Such reform could alleviate concerns over a player’s right to an effective remedy and a fair trial. If the CAS and other arbitral bodies could be relied upon to give open, fair, transparent judgments then the criticisms of coerced consent lose their potency.

Click here to continue reading Part 2 on the appointment of arbitrators.

This four part series is taken from the author's original paper which can be found here.23 For those who wish to read more about the Pechstein case and sports arbitrations the following articles will also be of interest: