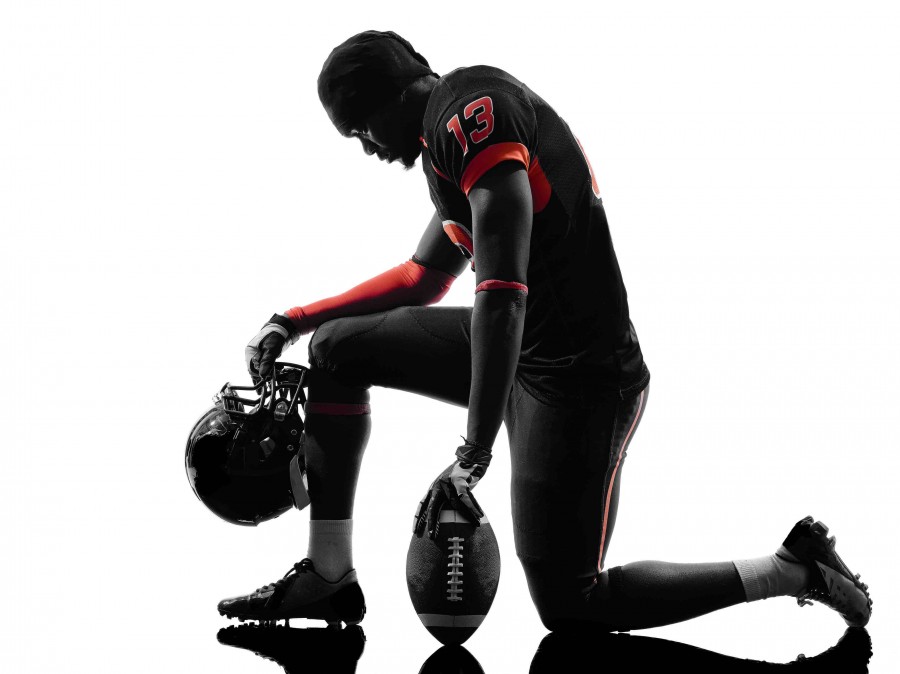 Opinions and their expression are omnipresent in sports. Colin Kaepernick taking a knee against racism, together with the rise of the Black Lives Matter movement, has made the topic of “athletes expressing their opinion” more relevant than ever. In recent months, the matter has gained global momentum, and Germany is no exception. In the Bundesliga, we witnessed footballer Jadon Sancho display a t-shirt beneath his Borussia Dortmund team jersey proclaiming “Justice for George Floyd” after scoring a goal.[1]  And yet racism is not the only issue to draw opinions. German national basketball player, Joshiko Saibou of the Telekom Baskets Bonn also attracted attention when openly disagreeing with governmental measures on fighting COVID-19 and ignoring the relevant rules, such as wearing a mask and keeping his distance. He also took part in the biggest demonstration so far against governmental pandemic measures in Germany, arguably ignoring concerns over contagion risks. His contract was terminated by the club[2] soon afterwards and Saibou has now taken the matter to court.

As far as the authors are aware, Joshiko Saibou is the first known case in which a professional athlete has been fired for his behaviour and views on the corona crisis. Saibou’s case is also interesting in contrast to Sancho, who was not punished for his actions despite clear Bundesliga regulations prohibiting slogans.  Despite the clear factual differences, the contrasting cases raise important questions over where the line is drawn when it comes to expressing opinions and free speech.  This article examines that question within the context of these case and their interaction with German labour law.  It asks when can an athlete’s expression of personal opinions lead to their employment contract being terminated, and specifically looks at:

As an Of Counsel for Bird & Bird in the practice group Media, Entertainment and Sport in Düsseldorf, Germany, he is an expert sports lawyer, with decades of experience. He is also a certified specialist lawyer in employment law.

He is listed as a top lawyer in the field of sports law in various leading legal guides. The JUVE Handbook of German Commercial Law Firms rates him as one of the most recommended lawyers in sports law. Further he was named as one of the World's Top 20 Most Influential Lawyers in sport by SportBusiness International magazine.

Since 1999, he has been an arbitrator of the Court of Arbitration for Sport (CAS) in Lausanne and was a member of the CAS Ad Hoc Divisions during the London 2012 and PyeongChang 2018 Olympic Games. For many years, he was the Chairman of the Sports Law Commission of the Union Internationale des Avocats (UIA). Additionally, he is a member of the International Sport Lawyers Association and of the advisory board of the German Association for Sports Law (DVSR) as well as member of the executive committee of the sports law working group of the Deutschen Anwaltverein (DAV). He is also a member of the FISA Ethic Group, which he joined in 2015.

Further, he currently acts as the chief editor of the leading book for templates in sports law. He is also the author of the practice handbook 'Sportrecht' (Sports law) and co-editor of the leading commentary on the Law of Clubs and Associations ('Reichert – Vereins- und Verbandsrecht'). Moreover, he has published many articles on the legal issues surrounding sport. Last but not least he is a lecturer in sports law, sports management and labour law at the University of Bochum and the private university “Fresenius” in Cologne.