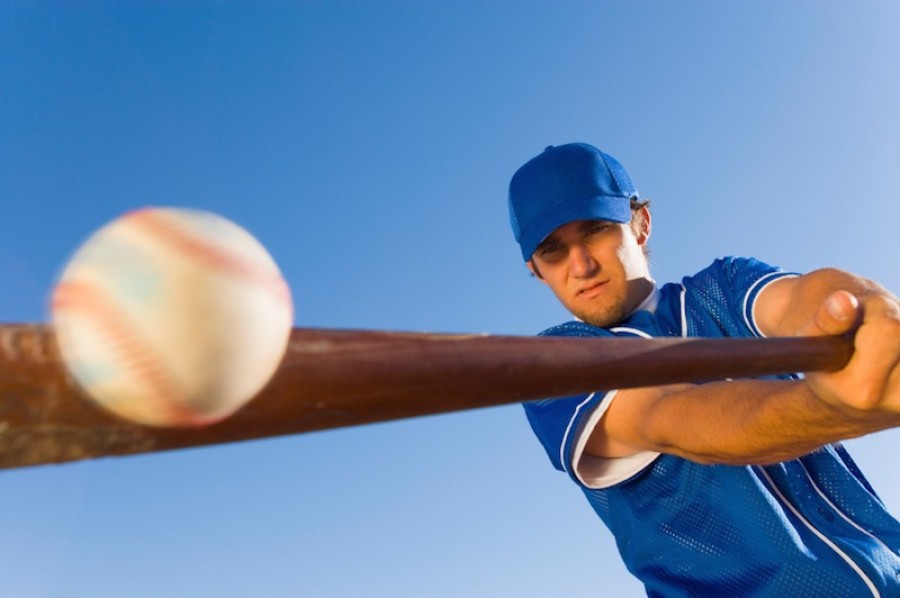 On Friday 5 June 2015, Tonya Carpenter was struck in the face by shards1 of a broken bat at the Fenway Stadium during the baseball game between the Boston Red Sox and the Oakland Athletics. She was sitting a few rows from the field between the backstop and Oakland’s dugout on the 3rd base side (for cricketers, this would be in the region of short backward square leg – it is interesting how each of the two sports’ terminology is completely impenetrable to the other). She suffered what were initially described as life-threatening blunt trauma injuries to the head. She spent a week in hospital and is now on the long road to recovery.

This is far from an isolated case. The incidence of balls and broken bats striking spectators in baseball stadia is surprisingly high. According to a 2014 article by David Govin2, “About 1,750 spectators get hurt each year by batted balls, mostly fouls, at major-league games, or at least twice every three games”. A 2003 study found that the incidence of injuries to spectators from foul balls at Major League Baseball (“MLB”) games was 35.1 injuries per million spectator visits. 3 These statistics reveal only the number of injuries, most of which will be minor cuts and bruises. The incidence of foul balls or pieces of broken bat entering the crowd is far higher. Anonymous sources have revealed that the issue was sufficiently concerning to the players that during labour agreement negotiations in 2007 and 2012 they sought further protective measures for spectators, proposing protective netting extending down the foul lines as far as the foul poles. The issue is therefore familiar to all those involved in the game of baseball.

Ironically, it is the very frequency of such occurrences and the notoriety of such incidents that potentially limits the right of redress that spectators in the USA such as Tonya Carpenter may have against the operators of the stadium. This is because of what is known as the “baseball rule”. This rule provides a potential defence to claims brought against stadium operators in negligence or under the reasonable duty of care owed by property owners to lawful invitees. In a nutshell, she knew of the risks, she nonetheless chose to sit in an unprotected seat and she therefore cannot blame anyone else for the consequences. That begs the question of how far the law ought to protect people from their own recklessness.

The baseball rule is not without controversy. It is not universally applied across the US. It is also subject to challenge in light of the changing environment in baseball stadia. In an article in Marquette Sports Law Review in 2013,4 Matthew J. Ludden argued for reform of the law to meet changing circumstances in the modern game.

An innovative challenge to safety in baseball stadia has now been made in the USA. On 13 July 2015, Gail Payne, a season ticket holder at Oakland Athletics, issued a class action against the Office of the Commissioner of Baseball and Robert D. Manfred Jr, the Commissioner of Major League Baseball (“MLB”)5. Her case concerns safety at MLB stadia and the risks posed by balls and broken bats entering the spectator areas and striking and injuring spectators. Ms. Payne has not herself been injured. She does not claim damages. She has brought the action to seek a mandatory order compelling the MLB to implement changes to MLB rules and practices to require all stadia to install additional safety netting extending as far as the foul poles as a preventative measure.

This article examines the different approaches adopted by the courts in the USA and England & Wales to claims by injured spectators including the responsibility of governing bodies for lapses in stadium safety.

Tim's practice focuses on the problems faced by small and medium sized enterprises in the commercial and employment fields. As a former international hockey player and qualified coach, distinctly average golfer, road cyclist and long term Liverpool fan, Tim also has a keen interest in sport and legal matters relating to sport.