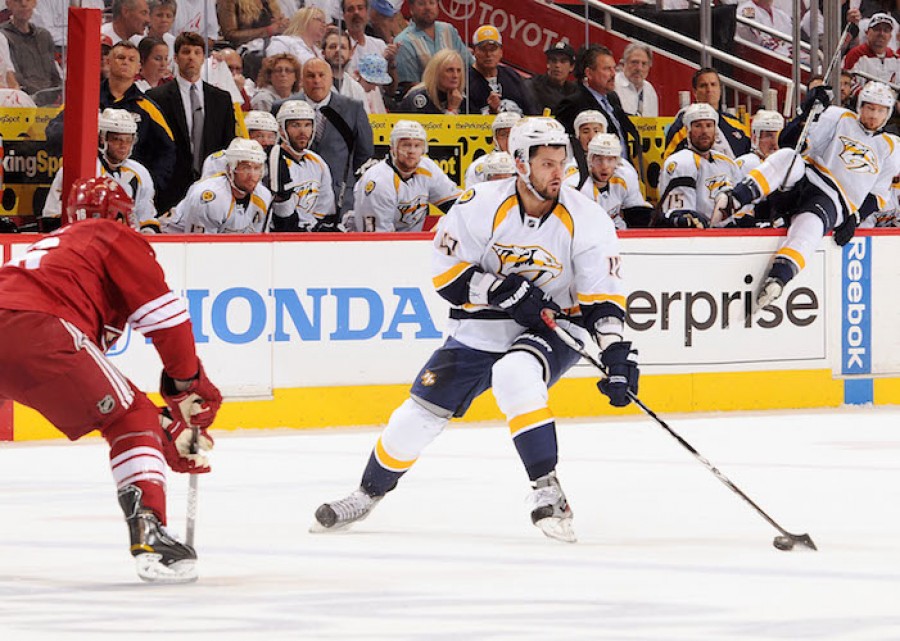 In Part 1 of this series, the author examined common issues arising during contested player transfer. In Parts 2 and 3 the author turns his head to consider potential ways of resolving such disputes.

The issue of player poaching is not unique to hockey. Contested disputes exist in every sport with international appeal. Each sport has taken a different approach to solving the problem, with hockey, in the author’s opinion, being the least successful in effectively addressing this issue. Recently, several individuals have proposed that hockey implement a transfer structure that is similar to other successful international sports. The suggested solutions are diverse and range widely in scope and structure.

One potential solution, presented by Kate Zdroheski, entails the creation of a structure styled after the “Posting” model, which was previously implemented by Major League Baseball (MLB).1 Another suggested solution calls for an increase to the minimum transfer compensation required for a team to legally obtain a player whose rights currently belong to another interleague team. These models have proven to be successful in other sports; however, they are not without their flaws. Further, hockey is unique among international sports and may not thrive under a system engineered for another sport.

In the article, “International Ice Hockey: Player Poaching and Contract Dispute,” Zdroheski, proposes implementing the MLB Posting system.2 Baseball is a sport that has gained international appeal throughout the years. As a result, many countries have developed top-tier players that desire to play in the United States.3 In an attempt to allow for the orderly transfer of players, MLB developed a model known as “Posting”.4

The Posting system is structured to allow each MLB team to have an opportunity to sign a foreign player. This system allowed a foreign player to be posted to a list of players that are interested in transferring to the MLB.5 The MLB teams then place bids for the right to negotiate exclusively with the player.6 The MLB team with the highest bid earns the exclusivity rights.7 If the player comes to terms with the MLB team, then the foreign club, who owns the rights of the player, retains the bid price. This bid price acted like the transfer fee for the player.8

Zdroheski, uses the example of Daisuke Matsuzaka to illustrate how this system worked.9 In 2006, the Boston Red Sox's placed a bid of $51.1 million for the right to negotiate with Matsuzaka.10 The Red Sox’s were the highest bidder, and won the right to negotiate with the skilled pitcher.11 The Red Sox eventually came to terms with Matsuzaka and signed him to a $52 million deal.12 Therefore, it cost the Red Sox’s a total of $103.1 million to acquire the services of Matsuzaka.13 This is an astronomically high number, and not one that the NHL would be able to duplicate.

Since the publication of the article by Zdroheski, the MLB has amended the Posting procedures. The amendments now allow every team, which is willing to pay a maximum of $20 million as a transfer fee, the right to negotiate with the foreign player.14 This system is designed to allow for the transfer of players who were not subject to a draft process in the league they wish to transfer to.

While this system has proven to be useful in regulating the international transfers of Japanese players to MLB, in the authors’ opinion, it may be difficult to utilize the same structure in ice hockey. Unlike the MLB, the NHL has instituted an international draft. Therefore, an NHL team has the ability to draft any eligible player, regardless of nationality. Therefore, while the issue for MLB teams is acquiring the rights to negotiate with a player, the issue for NHL teams is more nuanced and deals with a situation where two or more leagues claim to have the rights to a certain player. Additionally, unlike baseball ice hockey has a wide range of viable and competitive leagues for players to choose from. These leagues include, the NHL, KHL and IIHF member leagues, including Sweden’s Elitserien, Switzerland’s National League A, Germany’s Deutsche Eishockey Liga, the Czech Republic’s Extraliga, and Finland’s SM-Liiga. Therefore, a solution to the transfer issue in ice hockey must not only focus on the transferring of players from foreign leagues to the NHL but also address the issues that arise with player transfers occurring between foreign leagues and from the NHL to another league.