How successful were FIFA and its sponsors at protecting their brands during the World Cup? 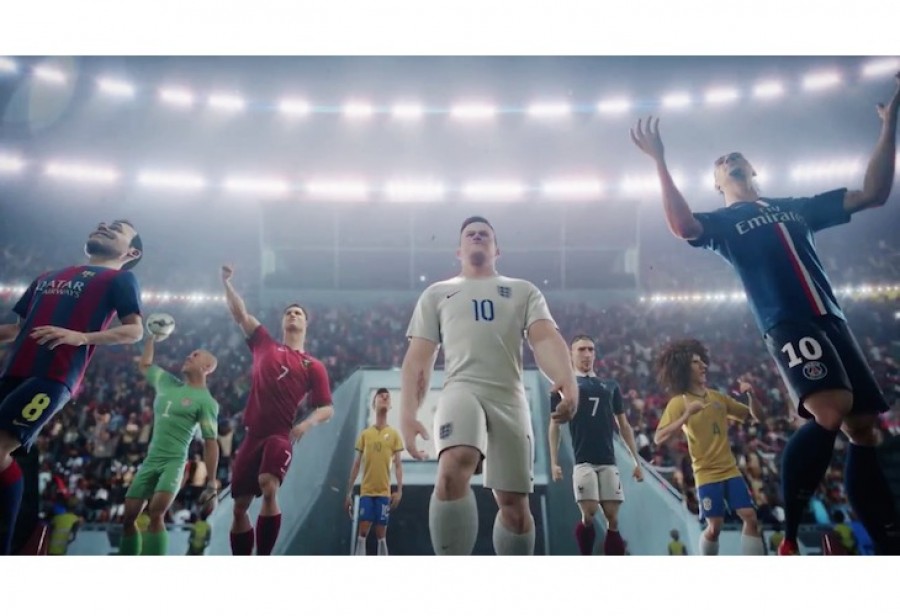 Thursday, 14 August 2014 By Poonam Majithia
This article reflects on how successful FIFA and its sponsors were at protecting their brands during this year’s FIFA World Cup. It also looks at the extent to which non-sponsors were able to mobilise the online population behind their clever campaigns.

In what was dubbed the first proper social media World Cup by The International News Media Association (INMA)1, observers were keen to see how successful FIFA’s ever-vigilant rights protection strategy would be in relation to its most valuable assets, its intellectual property, especially in light of the explosion in social media coverage. It is worth noting that FIFA’s IP Manual solemnly declared that “FIFA’s official logos, symbols and other graphic trade marks may not be used on any social media platform”2.
FIFA had already made its intentions clear prior to the start of the tournament by filing numerous trade mark registrations and getting the Brazilian government to include stringent measures against ambush marketing in the Lei Geral da Copa (the “World Cup Law”). Given that research from June 2014 indicated that nearly 40% of UK, US and Brazilian consumers wrongly believed that Nike, MasterCard and Pepsi were official World Cup sponsors3, FIFA’s concerns could perhaps be seen as somewhat understandable.
At the same time the influence of smartphones and social media is stronger than ever. Even before the tournament started, the World Cup had already been mentioned approximately 10 million times on Twitter this year. The Nike commercial for this year’s event has been viewed a staggering 86 million times on YouTube4. In comparison, the commercial for the 2010 World Cup has 4.6 million views5. As football fans share ads, videos and thoughts online, these digital channels have the power to reach more people quicker than ever and make anything go viral. As an example, with 35.6 million tweets, the semi-final between Brazil and Germany is the most-discussed single sports game ever on Twitter6. Facebook also claimed that the event created an unprecedented level of activity on the platform with a total of 3.6 billion interactions7.
This growth in digital and social media has given non-sponsors a chance to capitalise on the World Cup; as of 6 June, only 6 of the 11 most shared football ads online were from official sponsors8.

FIFA finances its World Cup organisational activities with capital raised from the exploitation of its exclusive World Cup IP rights, auctioning their use to commercial sponsors, who in turn exploit them in advertising and event association. Sponsorship can be a powerful tool that brings unrivalled exposure. For example, as the official credit card sponsor Visa benefitted from millions of credit card transactions as all purchases of World Cup tickets had to be made using a Visa card. Similarly, Budweiser had exclusive pouring rights at stadiums.
A threat to this exclusive sponsorship model comes from ambush marketing whereby companies that have not paid sponsorship fees use advertising in an attempt to associate themselves with the event, potentially confusing consumers into believing that they have been endorsed by FIFA. This undermines the involvement and brand value of official sponsors and may deter them from sponsoring the World Cup in the future. FIFA are therefore always keen to ensure that adequate measures were put in place to curb ambush marketing and protect their sponsors’ rights.

FIFA has around 13,000 trade marks registered worldwide to protect against the unauthorised use of identical or similar marks9. In Brazil alone, FIFA has around 1,116 trade marks, 400 of which were registered after the World Cup Law came into force10. The organisation faced criticism for registering trade marks for a number of terms considered to be too generic or descriptive. Examples include “BRASIL 2014”, “COPA DO MUNDO” (the Portuguese for World Cup) and “FOOTBALL WORLD CUP” as well as the name of each host city with “2014” such as “RIO 2014” and “FORTALEZA 2014”11.
FIFA has even registered the term “WORLD CUP” in many jurisdictions albeit for a narrow class of goods; for example, in the UK the registration covers only football boots and clothing12. Nevertheless the term “BRAZIL 2014” was successfully registered as a Community Trade Mark for a wide range of classes13. Such wide protection can potentially catch many businesses out, including those that did not intentionally attempt to associate themselves with the World Cup.
As well as trade marks, FIFA filed numerous design registrations for the World Cup trophy, mascots and posters, including the representation of the official mascot’s habitat known as the “Official Look Element”14. In some jurisdictions, FIFA is also able to rely on unregistered IP rights. In the UK for example, passing off prevents a company from associating its goods or services with the goodwill of another by misleading consumers into believing that there is a connection between the two.
FIFA also published the “FIFA Public Guidelines for use of FIFA’s Official Marks”, a non legally-binding Manual which outlined FIFA’s position on the use of its IP for the 2014 World Cup and claimed “to assist third parties who wish to avoid any unauthorised association with the tournament”15. The Manual permitted general football-themed and Brazil-themed advertising but deemed explicit reference to the World Cup or the use of the year “2014” with such advertising to be unauthorised16. A comparison with the Manual published for the 2010 World Cup indicates that FIFA had since widened its scope of protection. For instance, unlike in the 2014 Manual, FIFA did not include any host city names in its trade marks in 2010 and did not expressly state that the use of its marks on social media and mobile applications is unauthorised17.
One of the ads caught infringing FIFA’s IP rights in the run up to the World Cup was Brazilian travel company Decolar, which ran a campaign with the tagline “Viva o Mundial”18. The term “MUNDIAL”, which means World Cup in Portuguese, is another trade mark registered by FIFA. FIFA argued that as the company were promoting travel packages specifically to host cities, which could therefore be considered to be “World Cup travel packages”, and they used the term “MUNDIAL”, infringing FIFA’s trade mark, consumers would think that they were endorsed by FIFA when this was not the case19. FIFA asked Decolar to cease and desist immediately, which it did.
In practice, FIFA sent cease and desist letters, including takedown requests to Twitter users infringing its IP rights. It also requested the assistance of the Instituto Nacional de Propriedade Intelectual (“INPI”), Brazil’s Intellectual Property office, and the Conselho Nacional de Combate a Pirataria e Delitos contra a Propriedade Intelectual (“CNCP”)20, a body whose powers derive from the Ministry of Justice. The CNCP signed agreements with the 12 host city municipal governments to give them the power to identify and confiscate infringing articles21; in the four World Cup group games at the Maracanã, the CHCP confiscated 274 items considered to infringe the rights of FIFA and its sponsors22.

Poonam is a lawyer in the intellectual property team at CMS Cameron McKenna. Her areas of interest include the exploitation of media rights, brand protection, advertising law and ambush marketing.