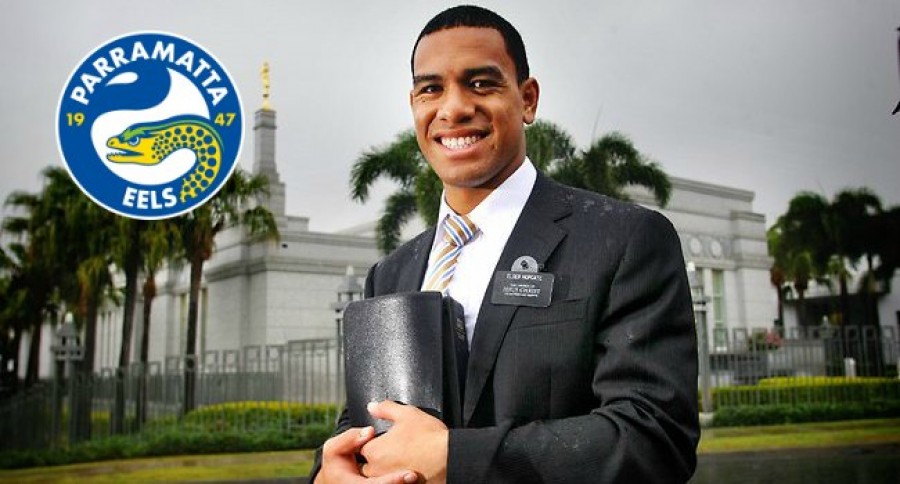 The topic of National Rugby League (NRL) playing contracts always comes with debate on whether or not the system adequately protects the Clubs, the players and the fans. Given sport is a multi-billion dollar industry in Australia, there is little wonder that contract negotiations result in media attention, public scrutiny, and stress for the players who face the possibility of not having a Club the next season. In 2015, the media focus of NRL contract negotiations was on Daly Cherry-Evans and the now infamously reported ‘backflip’ where he turned down the offer to move Clubs and join the Gold Coast Titans to stay with the Manly Warringah Sea Eagles on a reported $10 million contract over the next 10 years.1

There was also, however, another interesting story brewing at the time. It concerned the contract negotiations between player William Hopoate and his existing club, the Parramatta Eels (Eels). The negotiations were for a three-year extension to his NRL Playing Contract. Unfortunately for Hopoate, despite receiving, and – on his view – accepting, an offer from the Eels, he was left without a Club after the Eels refused to register his (extended) playing contract. Instead they released him, arguing that the contract extension was never validly executed and that they were not bound by it.

As Australian readers will know, Hopoate sought recourse by instituting proceedings. While the trial is yet to take place, there is interest in the sporting industry as to how proceedings came to be instituted given the highly regulated system regarding NRL Playing Contracts,2 and how the competing contentions of the parties will be resolved at trial. This article explores the arguments from Hopoate and Eels to give further understanding of how the claim came to fruition and the legal and factual issues the court will have to grapple with.

William Hopoate is a player who has, some may say unintentionally, changed the stereotypical image of an Australian Rugby League Player. From 2012 he took a two-year sabbatical while in the rookie stages of his career in the NRL in order to honour his commitments to his religion.3 Sections of the public responded with admiration and while some questioned his dedication to the NRL, ultimately Hopoate’s actions were generally applauded.

Prior to leaving for his sabbatical, Hopoate signed with Parramatta Eels for the 2014 season on a two-year contract, after deciding to leave his 2011 premiership winning team Manly-Warringah Sea Eagles. With the Sea Eagles boasting players such as Brett Stewart, some were suggesting that the decision to move clubs would allow Hopoate to have more playing time, in addition to the reported $500,000 a year contract.4

During the final year of his contract with the Eels, on 9 April 2015, the Eels wrote to Hopoate's Manager, Tryan Smith with a three-year offer expiring 31 October 2018 (Offer). Hopoate says that he accepted the Offer by signing and returning it to the Eels on 10 April 2015.5 The pleadings are silent as to whether or not the Offer attached to it a NRL Playing Contract (standard form), or if Hopoate's manager inserted the terms of the Offer into a blank Playing Contract and gave it to the Eels. In any event, Hopoate says that the NRL Playing Contract was entered into on 16 April 20156 (Contract). The Eels, in its Amended Defence, accept this date, but say that it never signed the Contract7 and the terms of this Contract were different to that of the Offer.8

Controversy arose when the Eels failed to register the Contract with the NRL, despite Hopoate’s continued demands. This essentially left Hopoate a free agent - not an ideal position for any player towards the final rounds of the season, let alone a player who was coming into his own as a professional rugby league player. Accordingly, on 17 August 2015, Hopoate instituted proceedings in the Supreme Court of New South Wales, Equity Division against the Eels.

The pleadings of both sides are relatively short, but are essentially consistent on the key facts.

Hopoate is arguing that the Offer was intended to form his Playing Contract with the Eels under the NRL and it did so by way of the Contract.

The Offer contained terms including that Hopoate would be paid as follows:

Hopoate says that there was a valid NRL Playing Contract and that the Eels should have registered it with the NRL. He says that their refusal to do so meant that he was prevented from playing in the NRL for the 2016 season or until such time as the Contract was registered.

Hopoate’s claim (initially) sought relief through specific performance of the Contract, an order that the Contract be registered with the NRL, and damages for breach of contract and misleading and deceptive conduct with interest and costs. This was later amended when he signed with a different team (see below).

Cassandra is the Sports, Entertainment and Events Regulation Legal Manager at the Royal Commission for AlUla, and prior to June 2019 was a Senior Associate in the Sports and Corporate Risk practice group at MinterEllison in Australia. Her practice areas saw her acting in commercial matters with worldwide sporting organisations, corporations and sponsors; event management; player disputes on behalf of Clubs and governing bodies; player selection appeals for international athletics competitions and managing image rights and social media disputes (defamation and discrimination). Over the past twelve years, Cassandra also acted in insurance disputes primarily in the management liability, professional indemnity, medical negligence and public liability space.