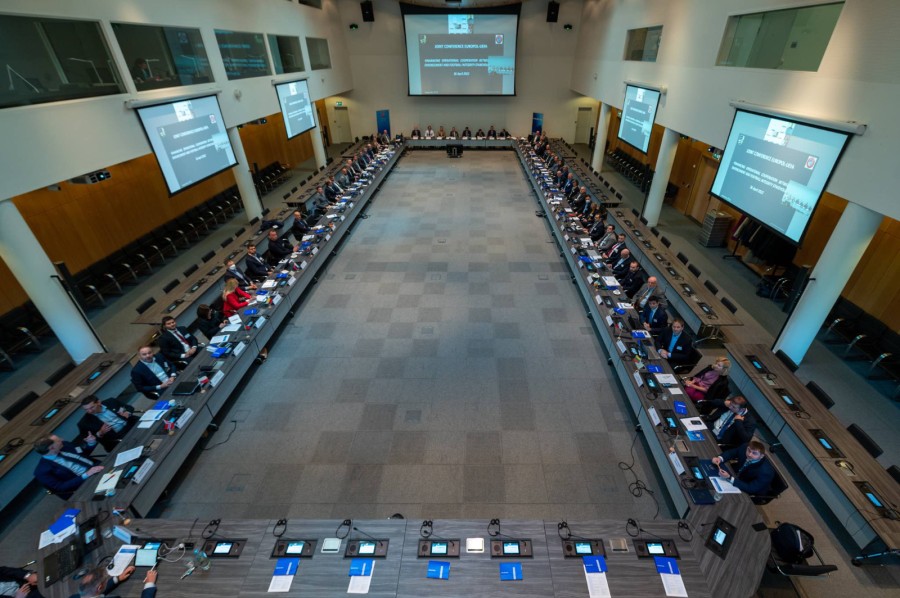 In recent years, UEFA has recognised that the problem of match-fixing in football and sports more broadly, needed a stronger response, despite the efforts that have already been deployed in fighting this phenomenon. It has become clear that the capacity of UEFA and other sports bodies to combat match-fixing has not grown in line with the threat that match-fixing poses.

To stay at the at the front of the movement, the UEFA Executive Committee decided at its meeting in Ljubljana in September 2019 to commission an independent feasibility study to analyse options for improving football’s ability to prevent, investigate and prosecute match-fixing. These options included fostering enhanced international co-operation between football bodies, state authorities and other essential stakeholders.

Following the results that were delivered at the end of 2020, which recommended a reinforced focus on efforts to improve intelligence, investigation, and prevention – thereby maximising the impact of the campaign to fight match-fixing – the UEFA Executive Committee agreed in July 2021 to increase the resources that UEFA invests in this campaign, as well as to further develop UEFA’s internal unit of experts. A dedicated action plan (2021-24) was approved. The plan aims to translate the findings of the feasibility study into sustainable and cost-effective actions and initiatives to tackle match-fixing.

The strategy of the action plan focuses mainly on four key areas:

This article aims not only to give further insights into UEFA’s implementation of the action plan since its approval in July 2021, but also to highlight the respective deliverables.

Managing Director of Integrity and Regulatory at UEFA.

Italian, Greek and Swiss Angelo was born in Verona and lived in different countries before settling in Switzerland in 2010.  Angelo studied law at the University of Bologna and chose civil law as the subject of his thesis (Civil Responsibility in Sport Activity). He went on to do a postgraduate degree at the University of Milano-Bicocca, with a thesis in constitutional law (Violence in Stadia: Problems of Constitutional Law).

After obtaining the CIES Master International Master in Management, Law and Humanities of Sport in July 2010 (final project on the international transfer of minors), he worked as a UEFA lawyer at the Players’ Status Department, in Zurich, dealing with disputes between clubs (related to training compensation, solidarity contribution and transfer agreements) at European level as well as employment-related disputes between players and clubs.

Vincent is the Head of Anti-Match-Fixing at UEFA.

From 2017 to 2020 he held the position of Head of Integrity at FIFA and in August 2020, Vincent joined UEFA as Head of Anti-Match-Fixing.

Stephanie is the Anti-Match-Fixing Expert at UEFA.

Angela is the Intelligence Manager at UEFA.