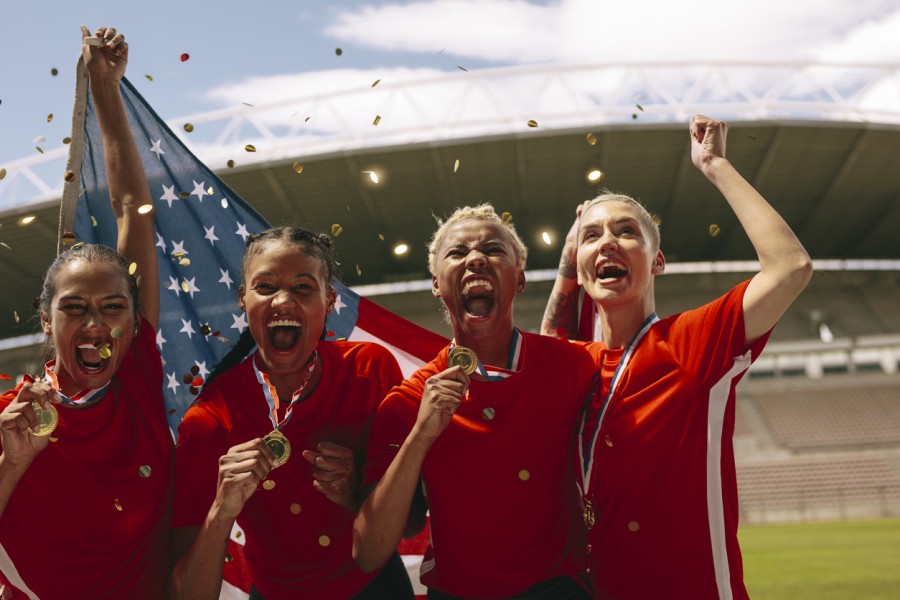 On February 22, 2022, the U.S. Soccer Federation (USSF) (the national governing body for soccer in the United States), announced the settlement of its long-running legal dispute with the United States Women’s National Team (USWNT). The USWNT had argued in litigation and in the court of public opinion that they were not receiving pay equal to that of the United States Men’s National Team (USMNT), despite the women’s team’s overwhelming global success. The USWNT had mixed results in the litigation, with the district court denying the pay discrimination challenge and allowing only certain work conditions claims to proceed to trial1, so many viewed a settlement with USSF that included a commitment to equal pay a potentially better result than may have been achievable through the litigation.

The settlement announcement, however, left open the question of how equality would actually be reflected in the collective bargaining agreements of the USWNT and the USMNT, both of which were set to expire in March 2022. Finally, on May 18, 2022, USSF announced that it had executed a new collective bargaining agreement (CBA) for the USWNT that had the same economic terms as the new CBA for the USMNT.